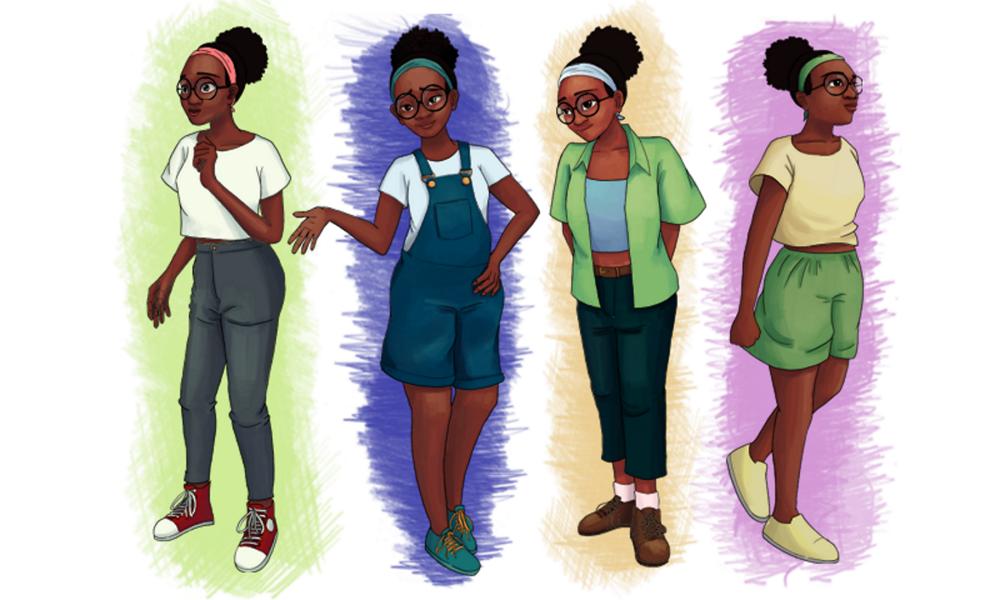 In a new first-look video, Ado Ato Pictures Creative Director Tamara Shogaolu takes us behind-the-scenes and along on her journey to create the studio’s recently greenlit XR original, Anouschka. The project

“I created the interactive animated project Anouschka to bring to life a Black girl who is truly magical,” Shogaolu explains in the video. “I’m really excited to be working with a team of amazing Black women on this project. One of the writers is Sandy Bosmans who is a well-known spoken word artist here in the Netherlands, and we’re also working with Ellie Vanderburg, who is a New York-based playwright who I actually went to high school [with], where we were both very nerdy Black girls — and we are finally able to bring our nerdiness to the screen,” she adds with a laugh.

In the video, we hear from Bosmans and Vanderburg about what the impact of this project, centered on a teenage Black girl discovering her true power, means to them and to audiences hungry to see themselves represented in inspiring stories. Producer Riyad Alnwili also comments on the novel ways the project will allow groups of viewers to explore and interact with the story in a myriad of ways.

The interactive story follows Amara, a Black teenager from Amsterdam’s Bijlmermeer (Bijlmer) neighborhood, as she embarks on a magical journey of self-discovery through time and space. Amara must travel back and connect with generations of women that preceded her in order to save her grandmother and twin brother from a multi-generational family curse. She discovers her family’s ancestry and magical powers along the way and reconnects with her roots while also learning more about her present.

Anouschka is written by Elinor T. Vanderburg and Sandy Bosmans, produced by Jamari Perry and Riyad Alnwili, and directed by Shogaolu. Production is underway in Amsterdam, supported by the NL Film Fonds and Dutch Foundation for Literature.

The project is still fundraising via Kickstarter and through direct donations. Visit www.adoatopictures.com/anouschka to learn more.