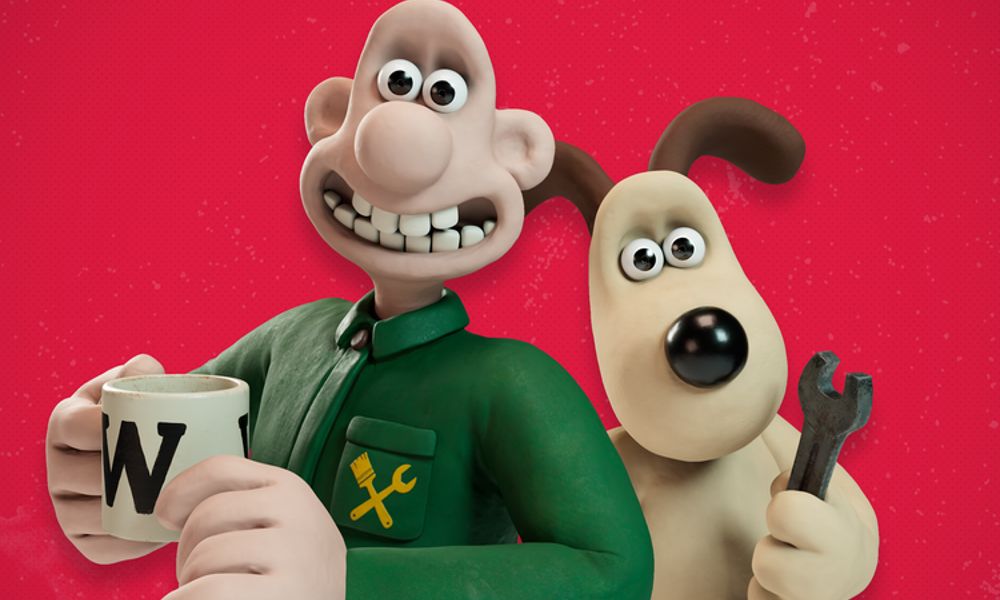 The Big Fix Up

Iconic animation studio Aardman and Fictioneers have launched The Big Fix Up — the first-ever AR outing for beloved characters Wallace and Gromit. The app follows the famous British duo on their first new adventure in a decade: fixing up the city of Bristol through their company, Spick & Spanners, with the help of the player as their new employee.

“We are incredibly proud of The Big Fix Up, which will be the first immersive adventure from our new venture Fictioneers,” said Richard Saggers, COO, Fictioneers. “It’s been an amazing collaboration among the three partners Potato, Tiny Rebel Games and Sugar Creative, and of course the wonderful team at Aardman. It’s truly groundbreaking work which demonstrates the huge opportunity to evolve the ways stories are told. Above all it’s a great example of what a diverse, multi-disciplinary team of creative talents can achieve together.” 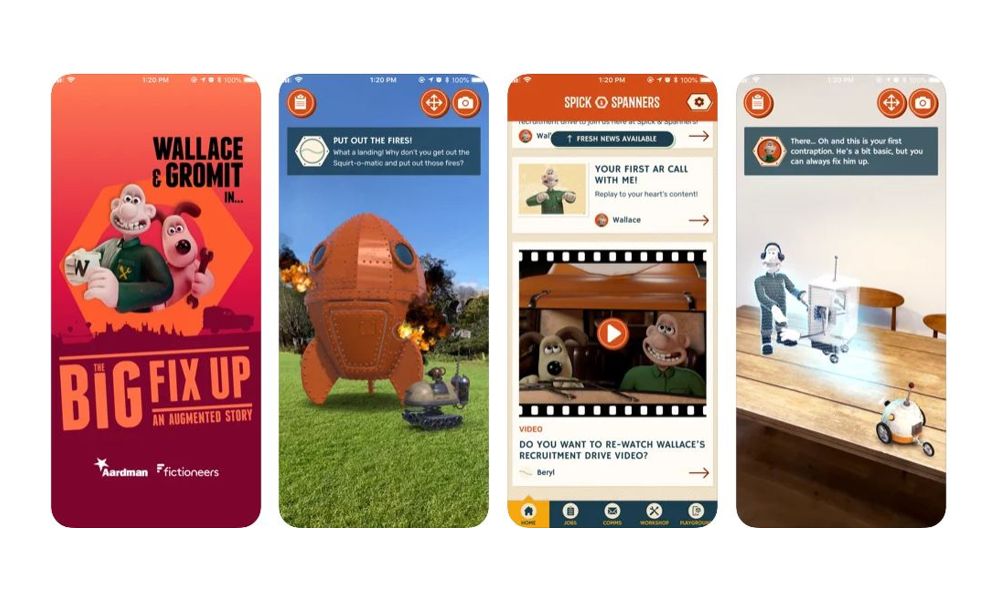 The Big Fix Up

Available on iOS and Android devices in the U.K., U.S. and Canada, The Big Fix Up creates a narrative-driven experience, taking the user through AR gameplay, CG animations, in-character phone calls, extended reality (XR) portals and comic strips. In the new storyline, inventor Wallace and his dog Gromit’s latest business venture takes on a contract to “Fix-Up” Bristol, the city where Aardman is based.

The Big Fix Up is voiced by award-winning British actors Miriam Margolyes and Jim Carter, along with Isy Suttie, Grace Ahmed, Joe Sugg and Ben Whitehead as Wallace.

Using the latest technology, fans will be able to interact in a host of new ways and get closer than ever to Wallace & Gromit. The experience is rich and multi-layered, realized through innovation and technology.

Creating further fan connections with this latest project, Aardman and Fictioneers held a competition in partnership with the U.K.’s Intellectual Property Office inviting kids to take inspiration from the characters and come up with their own ‘Cracking Ideas’ for helpful inventions. Out of more than 1,500 entrants, nine-year-old Dominic Marday’s winning design for the ‘Litteration’ litter-clearing robot was chosen to feature in the app.

“Wallace & Gromit have innovation, gadgets and technology at the comedic heart of their world,” noted Merlin Crossingham, Creative Director of Wallace & Gromit at Aardman. “Working with Fictioneers to create The Big Fix Up has been a perfect fit, allowing us to bring the duo’s fantastic fictional contraptions right into our audiences homes using the latest real technology.”

Using 3D mapping platform Fantasmo, Fictioneers created a city-scale augmented reality experience to bring the Bristol city center to life at home. Fictioneers worked with Unity Technologies, using its new Mixed and Augmented Reality Studio product and AR Foundation toolkit to build mixed reality and AR applications. Fictioneers is a collaboration of partners including Potato (part of the AKQA network), Sugar Creative and Tiny Rebel Games, with research support from the University of South Wales. The Big Fix Up also is backed by funding from the government’s UK Research & Innovation.

The free app is available to download now for iOS or Android.