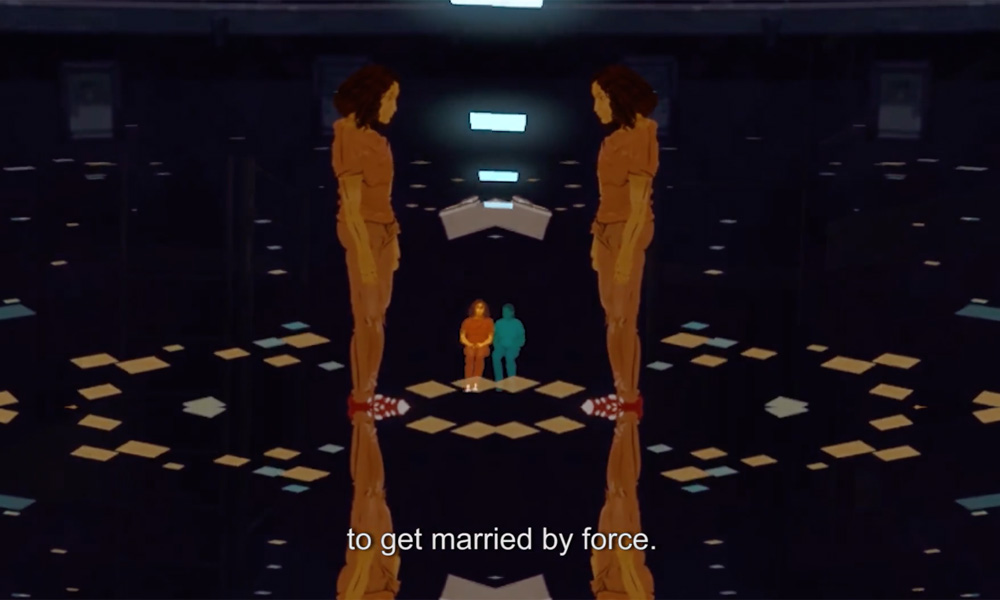 Amsterdam- and Los Angeles-based Ado Ato Pictures has officially released the trailer for its latest animated virtual reality film, Another Dream, which will open to the public on April 26 as part of the Tribeca Immersive programming. The animated documentary tells the true love story of an Egyptian lesbian couple who escape post-Revolution backlash against the LGBTQ community, seeking asylum and acceptance in the Netherlands.

“I’m really excited for Another Dream’s premiere at the 2019 Tribeca Film Festival,” says director Tamara Shogaolu. “The Tribeca Immersive programming this year showcases a lot of socially aware projects — and we’re proud to be part of it.”

Audiences experience the couple’s journey through first­hand audio accounts, breathtaking visuals and ground­breaking uses of interactive VR technology. Traditional 2D and 3D animation is combined with animation hand ­painted in the virtual space. A hybrid between a film and a VR game, Another Dream enhances traditional storytelling by requiring players to interact in order to move forward, allowing them to move around and personally explore the world of the story.

Another Dream is the second installment of Queer in a Time of Forced Migration. Directed by Shogaolu and produced by Ado Ato, this animated transmedia series follows the harrowing and inspirational stories of LGBTQ refugees. The series takes viewers across continents and cultures from Egypt, Sudan and Saudi Arabia — from the 2011 Revolutions in the Middle East and North Africa region to the world today.

As one of five projects in Tribeca Immersive’s select Storyscapes competition, Another Dream will feature an accompanying installation, allowing audiences to reflect in the real world on what they have seen, heard and felt in the VR.

Tribeca Immersive encompasses two events: the Virtual Arcade with 22 experiences and exhibits, and Tribeca Cinema360 featuring a dozen screenings in a VR theater. The Tribeca Film Festival takes place from April 24 to May 5.