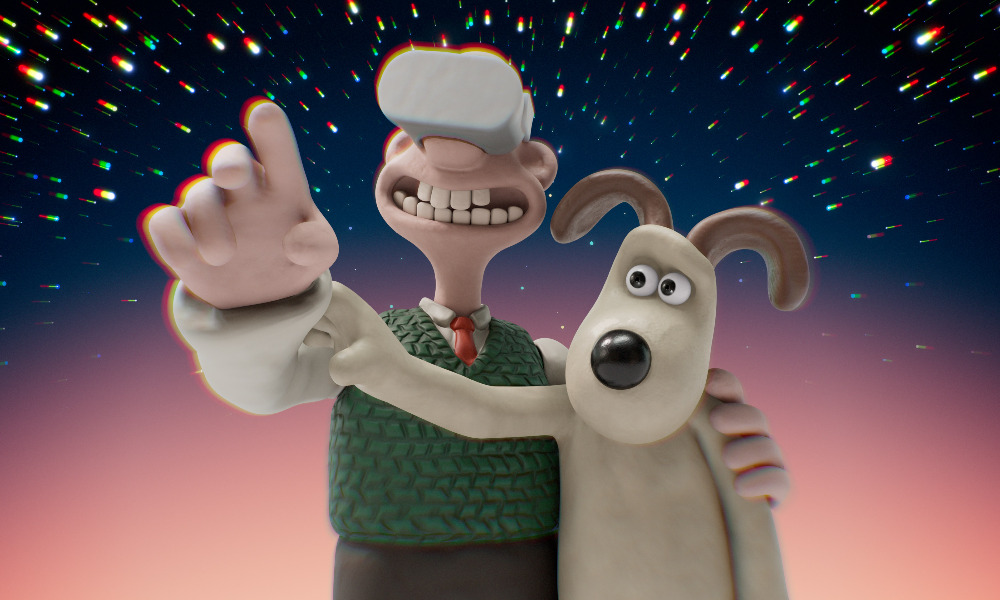 Wallace & Gromit are off an a cracking new VR adventure!

In The Grand Getaway, Wallace and Gromit are off on vacation to enjoy sun, sand and the chance to test out their latest contraption: Auto-Caddy. But Wallace has his dates mixed up — they have to be on the other side of the country in just half an hour! There’s only one thing for it … they’ll take the Rocket. But a mishap with the controls sends Wallace, Gromit and Auto-Caddy hurtling off course. Will this be a holiday to remember?

The Grand Getaway will be launched on Meta Quest 2, the all-in-one VR headset, enabling users for the first time to walk around, explore and get hands-on (or paws-on!) within the world of Wallace & Gromit, and truly be a part of the pair’s adventures.

“The entire studio is so excited about this project, which provides us with a perfect opportunity to do what we love —combining memorable characters and engaging storytelling with emerging technologies to offer fans a totally immersive experience,” said Sean Clarke, Managing Director of Aardman. “For loyal fans of Wallace & Gromit, this will be real wish-fulfilment territory — after watching the characters on screen for decades, they will now have an opportunity to step into their world and play an active role in this new story as it unfolds. For those new to the characters, it’s the ultimate way to get to know them, the humor, and the hijinks that have made them so popular.”

The project is a co-production between Aardman and the award-winning creators of the VR experiences Spheres and Gloomy Eyes at Atlas V, in association with No Ghost in London and Albyon in Lyon. It is funded by Meta Quest.

“Atlas V is aiming to work with renowned IP, in order to have more impact on the audience and touch more people. Today, we are thrilled to bring the Wallace & Gromit storyworld to spatial entertainment with this incredible team of creative minds,” commented Atlas V Producers Antoine Cayrol and Arnaud Colinart. “It was challenging for all of us to come together to reach the level of expectations and standards that such an IP demands, but we are convinced that the fans of Wallace & Gromit and the VR community will experience amazing immersive adventures by interacting with these two much-loved characters.”

Finbar Hawkins and Bram Ttwheam are co-directing for Aardman with the support of Nick Park, creator of Wallace & Gromit, and Merlin Crossingham, creative director of Wallace & Gromit. Ben Whitehead will again voice Wallace, as he has done for previous projects, following in the footsteps of the late Peter Sallis.

“Meta was certainly excited for the opportunity to partner with world-renowned Aardman and the talented team at Atlas V on this globally recognizable IP,” added Ryan Thomas, Producer at Meta Quest. “The idea of interacting and being in the same room with these beloved characters that I grew up watching evokes a sense of nostalgia and wonder that we know Meta Quest 2 owners will enjoy. And for users who are new to this franchise, we’re thrilled to introduce them to this wonderfully humorous and delightful storyworld through a visually impressive, witty and innovative immersive VR experience.”

The Grand Getaway is the next step in Wallace & Gromit’s adventures in immersive spaces, following The Big Fix Up, which combined the latest in augmented and mixed reality in an epic real-time adventure.

Wallace & Gromit: The Grand Getaway will launch in 2023 on the Oculus Store for Meta Quest (price TBC).  Follow Wallace & Gromit on Instagram and Facebook for updates.