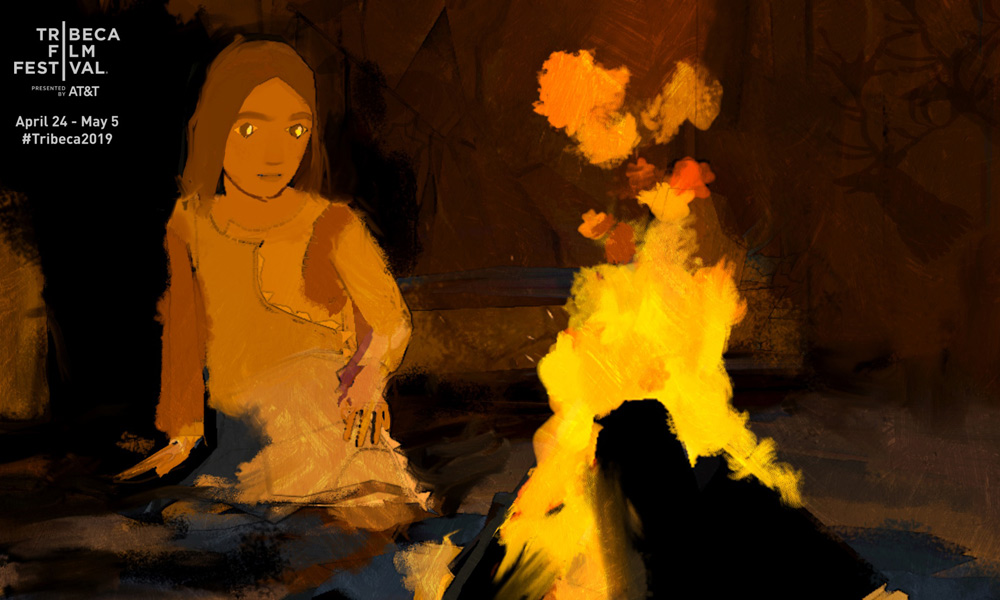 A striking immersive project which blends the cutting edge of modern technology and the ancient human experience will make its U.S. premiere at the 2019 Tribeca Film Festival (April 24-May 5), in the Virtual Arcade. Produced at the NYU Future Reality Lab, CAVE is a shared virtual reality experience which transports audiences back to 10,000 BC.

In CAVE, co-created by Ken Perlin, Kris Layng, and Sebastian Herscher, audiences are dropped into the distant past where they encounter Ayara, a young woman struggling to decide whether to accept her role as her tribe’s sole emissary to the spirit world. The creators chose to fittingly bridge this world of fireside storytelling with the latest innovations by telling an origin story for transportive imagery, which began with cave paintings.

The piece was designed from the ground up to challenge the status quo of how audiences collectively experience immersive arts and entertainment. The coming-of-age tale is told using the cutting-edge Parallux system, a fundamentally new kind of shared VR technology that allows virtual experiences to be shared by as many as 50 people in the same location. Unlike conventional 360-degree VR, viewers see and hear the story — as well as one another — from a unique point-of-view within the same virtual environment, letting them feel as physically present in the shared world.

“The implications for the future of cinematic experiences are profound. Rather than merely seeing a story projected onto a screen, large audiences are able to enjoy a deep level of social immersion far beyond what was previously possible,” said Perlin, director of the Future Reality Lab and a professor of computer science at NYU’s Courant Institute of Mathematical Sciences.

“CAVE is a ground-breaking innovation at the intersection of art, entertainment, and technology, It is the result of a passionate community of creators working to push the boundaries of computer graphics and interactive techniques — and to reimagine the possibilities of collective cinematic experience.”