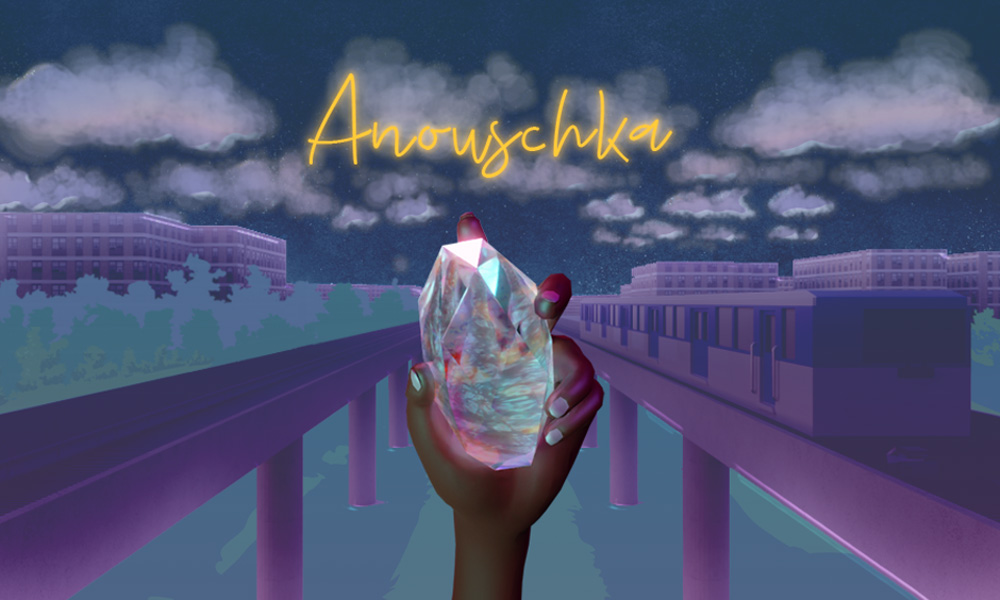 Ado Ato Pictures, an L.A. and Amsterdam-based international award-winning production company founded by creative director Tamara Shogaolu, has greenlit a new mixed reality (XR) film experience titled Anouschka. The film will be written by Elinor T. Vanderburg and Sandy Bosmans, produced by Jamari Perry and Riyad Alnwili, and directed by Shogaolu. The film is currently in production in Amsterdam.

Anouschka is an animated fictional story inspired by the “Black Girl Magic” ethos and all Black girls around the world. In this interactive story, Amara, a Black teenager in Amsterdam, embarks on a magical journey of self-discovery through time and space. Amara must travel back and connect with generations of women that preceded her in order to save her grandmother and twin brother from a multi-generational family curse. She discovers her family’s ancestry and magical powers along the way and reconnects with her roots while also learning more about the present.

Designed as a mixed reality (XR) experience, audiences will actively participate in this journey. Through movement, touch and sound-based interactions, they will help our heroine tap into her powers, by chanting incantations and helping her collect magical items.

“Until today, there has been no major studio animated feature film directed by a Black woman and there continues to be a glass ceiling and barriers to entry for Black women in tech, among many other fields. As a Black Latinx woman working at the intersection of film, animation and technology, I want to believe that I can contribute to shattering those ceilings by allowing Black girls like me to see themselves and their magic come to life, while re-imagining how technology can help us tell stories,” said Shogaolu.

“Since I was a child, I have been yearning and dreaming to see and create a story like Anouschka, a story about a smart young Black girl raised in a world of magical Black women like those in my world. I am even more thrilled that I get the opportunity to make a story that is written by talented Black women, produced by Black women and directed by a Black woman. I hope that you will join us in bringing Anouschka to life so that there’s a place for stories like ours.”

Shogaolu is the founder and creative director of Ado Ato Pictures. She is an international director and new media artist who strives to share stories across mediums, platforms and virtual and physical spaces in order to promote cross-cultural understanding and challenge preconceptions. With a track record in featuring her work at film festivals, galleries and museums worldwide, such as the Tribeca Film Festival, the Museum of Modern Art in New York and the National Gallery of Indonesia, her innovative approach to storytelling has led to sources like The Guardian, Forbes Magazine and Vogue naming her as a leader in the field of new and immersive media.

She was a 2018 Sundance Institute New Frontier Lab Programs Fellow, a 2019 Gouden Kalf Nominee, a 2020 Creative Capital Award Recipient and a 2020 Sundance New Frontier John D. and Catherine T. MacArthur Foundation Grantee. Shogaolu was a Burton Lewis Endowed Scholar for Directing at the University of Southern California’s School of Cinematic Arts, where she graduated with an MFA. She was also a Fulbright Scholar in Egypt, a Luce Scholar in Indonesia and an Academy Nicholls Fellowship Semifinalist.

More information about the film available at adoatopictures.com/anouschka.