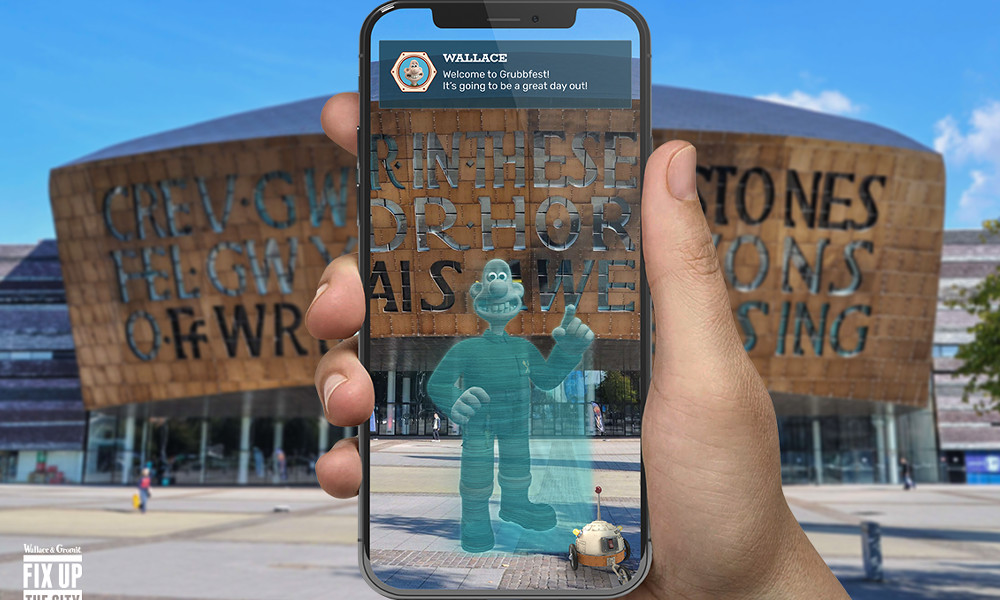 In the first ever city-scale augmented reality (AR) experience for Wallace & Gromit, multi award-winning independent studio Aardman has partnered with immersive storytelling consortium Fictioneers for the release of their latest R&D collaboration: Fix Up the City. Starring the famed British duo, the new app which launches today uses the power of AR and hyper-precise digital scanning to transform the cities Bristol, Cardiff (U.K.) and San Francisco (U.S.) into a virtual stage.

The game, which will take approximately one hour to complete in the U.K., will involve fun, engaging, large-scale AR experiences that will play out before fans in a never before seen way; while the U.S. experience in San Francisco will be a condensed adventure through the game’s highlights. Players will interact with Wallace’s famous rocket, watch Gromit take off in his iconic plane — and even battle a colossal cleaning robot!

Business tycoon Bernard Grubb has commissioned our famous duo to spruce up the city in time for his festival. There’s absolutely heaps to do and all manner of contraptions to discover — including the colossal cleaning robot, Big LAD. But help is at hand from BERYL, a fussy yet friendly Artificial Intelligence — perhaps she can help find Gromit, who appears to have gone walkies… 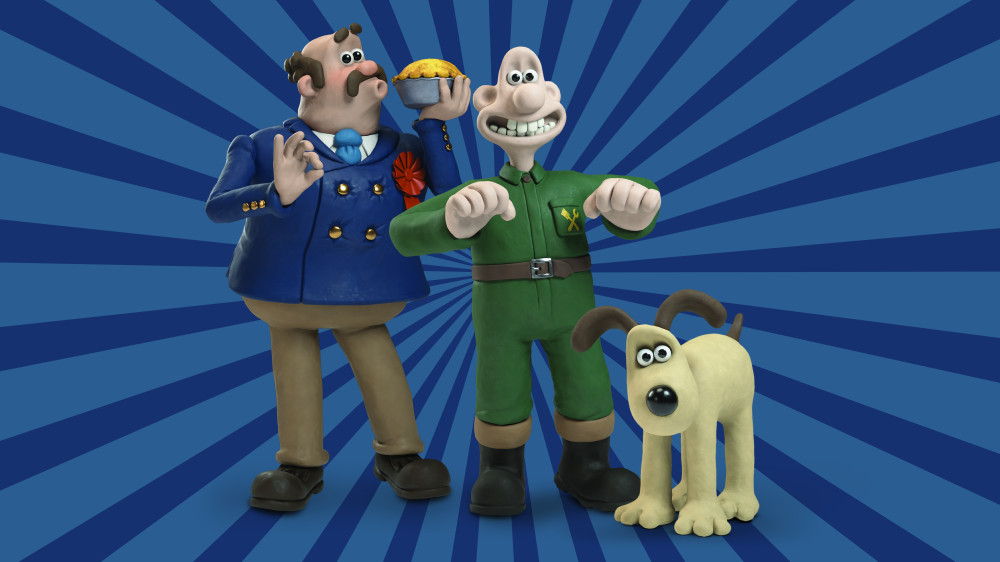 Available on iOS and Android smartphones, the Fix Up the City app is free to download (for a limited time) and will become available to use upon successfully detecting a user’s location in central Bristol (the home of Aardman studios), Cardiff Bay or downtown San Francisco.

Working alongside Unity Technologies, which powers more than 60% of the world’s augmented reality and virtual reality content; and bespoke 3D mapping company, Fantasmo, the team at Fictioneers has been able to scan key architecture in each city to embed hyper precise AR features and experiences, making for a more personalized, immersive and encaptivating experience for fans.

The new augmented adventure has been created by Aardman, and Fictioneers: a collaboration of partners including Potato (part of the AKQA network), Sugar Creative and Tiny Rebel Games.

It’s almost here! Keep an eye out for ‘Wallace & Gromit: Fix Up The City’, a new city-scale #AR experience set in the narrative universe of @thebigfixup. Coming to Bristol, Cardiff and San Francisco this August! #wallaceandgromit #app #experience pic.twitter.com/OGjVSM1Nl1

“Wallace & Gromit are no strangers to invention and new technology and we are delighted that they are part of such a groundbreaking project,” said Merlin Crossingham, Creative Director at Aardman. “For the first time you can actually be part of a Wallace & Gromit adventure, and experience them larger than life, out in the real world!”

Lee Cummings, Creative Director at Tiny Rebel Games and a co-Founder of Fictioneers, said, “We are so excited to launch Fix Up the City this summer. It’s an experience that puts these cities at the forefront of city scale augmented reality experiences. This project has enabled us to unleash our full ambition and capabilities harnessed during the development of The Big Fix Up.”

Welsh Government Deputy Minister for Arts and Sport, Dawn Bowden, added, “This is such an exciting initiative — and I’m delighted to see an innovative and creative project also acting as an economic boost for the city. Being alongside Bristol and San Francisco really does put Wales’ creative credentials on the map.  We look forward to seeing people enjoying Wallace and Gromit adventures over the summer.” 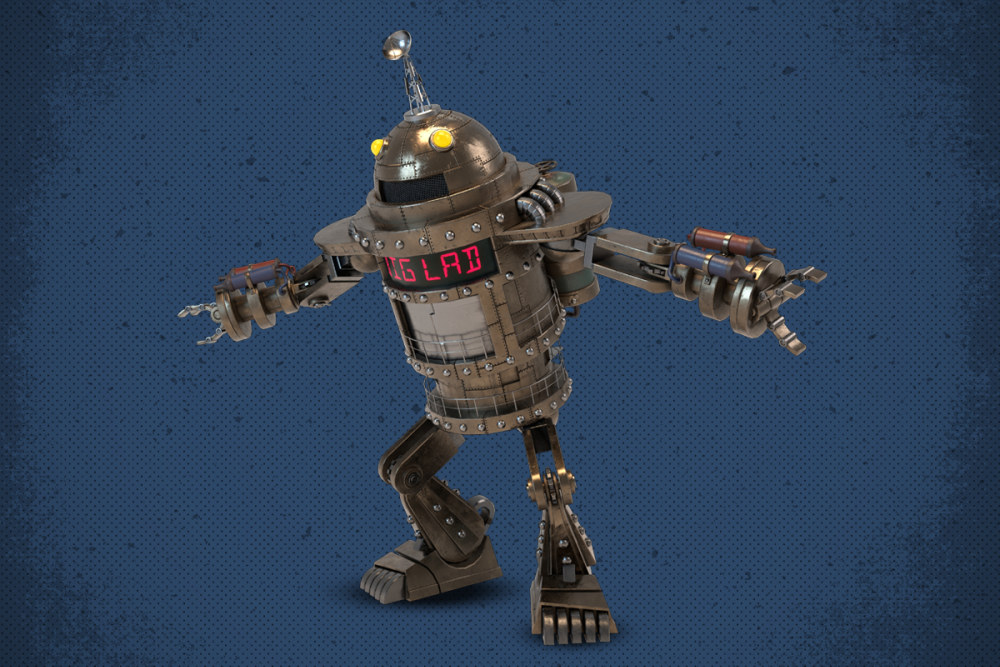