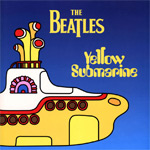 Fans of psychedelic ‘60s animation are in for a treat as The Beatles’ Yellow Submarine (1968) is set for a fully restored home video release on DVD and Blu-ray May 28, together with a reissue of the soundtrack, The Hollywood Reporter revealed. The live-action/animated adventure has undergone a painstaking frame-by-frame restoration of the hand-drawn artwork, courtesy of Apple Corps.

Directed by George Dunning with art direction by Heinz Edelmann finds the toned out John, Paul, George and Ringo on a series of adventures on their way to save Pepperland, a music-loving magical undersea paradise, from a bunch of tune-hating Blue Meanies. The toe tapping adventure contains some of the band’s most popular hits, including “Eleanor Rigby,” “When I’m Sixty-Four” and “Lucy in the Sky with Diamonds.” 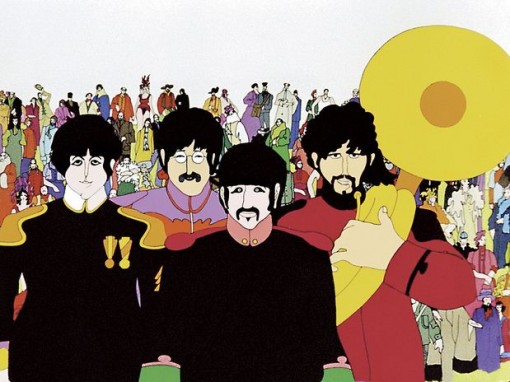 The iconic film influenced many artists and animators due to its groundbreaking style, including Monty Python alumnus Terry Gilliam and Pixar’s John Lasseter, who has penned the following for the re-issue’s sleeve notes:

“As a fan of animation and as a filmmaker, I tip my hat to the artists of Yellow Submarine, whose revolutionary work helped pave the way for the fantastically diverse world of animation that we all enjoy today.” 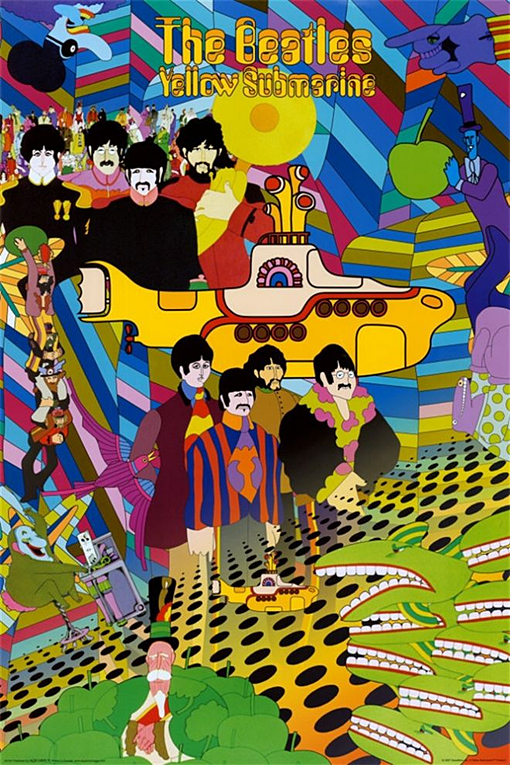