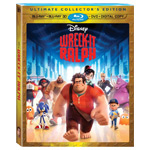 Directed by Rich Moore, the Annie and PGA award nominated pic, follows the adventures of 8-bit bad guy Ralph (voice of John C. Reilly) who embarks on an action-packed adventure and sets out to prove to everyone that he is a true hero with a big heart, aided by feisty sidekick Vanellope von Schweetz (Sarah Silverman). Jack McBrayer and Jane Lynch also co-star.

Over an hour of all-new bonus material is featured on the Digital and Blu-ray Combo Pack, including deleted and alternate scenes, Disney’s acclaimed theatrical short Paperman, plus much more.  The home entertainment debut of Wreck-It Ralph will be available in multiple ways, containing exciting all-new bonus features that extend the fun-filled movie experience.

* Bit by Bit: Creating the Worlds of Wreck-It Ralph – Fans of the film will get a look at five new worlds created for Wreck-It Ralph. The short takes viewers into Game Central Station with the artists who brought Sugar Rush, Hero’s Duty and Fix It Felix Jr. to life.

* Video Game Commercials – Viewers can check out the commercials created for the video games featured in the film – Fix It Felix Jr., Sugar Rush, Hero’s Duty and Fix It Felix Hammer.

* Paperman – This animated short film played in theaters before “Wreck It Ralph.” It tells the story of a young man in an office who sees the girl of his dreams in a skyscraper window across the street. But how can he get her attention?

* Disney Intermission: The Gamer’s Guide to “Wreck-It-Ralph” – When the film is paused, host Chris Hardwick appears on screen to guide viewers through a series of 10 video segments offering an inside look at the many video game references, Disney references and other hidden surprises featured in the film. 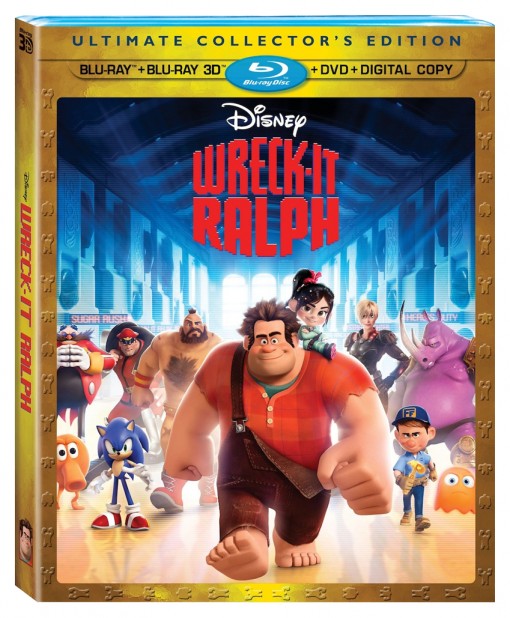