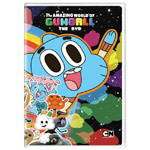 Cartoon Network brings to DVD an all-new world of unimaginable hilarity with its newest comedy release, The Amazing World of Gumball “The DVD” DVD. Packed with 12 episodes (132 minutes) from the series’ first season – including the titular episode “The DVD” – and a character gallery special feature, the compilation DVD follows the misadventures of 12-year-old Gumball. By all accounts, his world is pretty run-of-the-mill, as long as you think a blue cat with a giant head (Gumball) being chased around school by a T-Rex (Tina), befriending a piece of toast (Anton), hard-core crushing on a girl peanut with antlers (Penny) is normal! Marking the ratings-hit series’ home entertainment debut, The Amazing World of Gumball “The DVD” DVD will be available on August 28, 2012 for the suggested retail price of $14.97 and the order date of July 31, 2012.

Created by Ben Bocquelet and directed by Mic Graves, The Amazing World of Gumball is the first  UK-produced full-length animated series out of Cartoon Network Development Studio Europe. Fueled by a combination of 2D and 3D animation in a live-action setting, the comedy series has garnered two 2011 BAFTA Awards for Writing and Animation, and a 2012 Annie Award for Best Animated Television Production Children. Fans of the series can watch episodes on Tuesdays at 7:30 p.m. on Cartoon Network, with the series’ second season premiering in summer 2012.

Cartoon Network will support the DVD release of The Amazing World of Gumball “The DVD” DVD with targeted on-air spots on Cartoon Network, a digital media buy in kids and mom-targeted websites, as well as an online marketing and social media campaign on CartoonNetwork.com, YouTube, Facebook and Twitter. 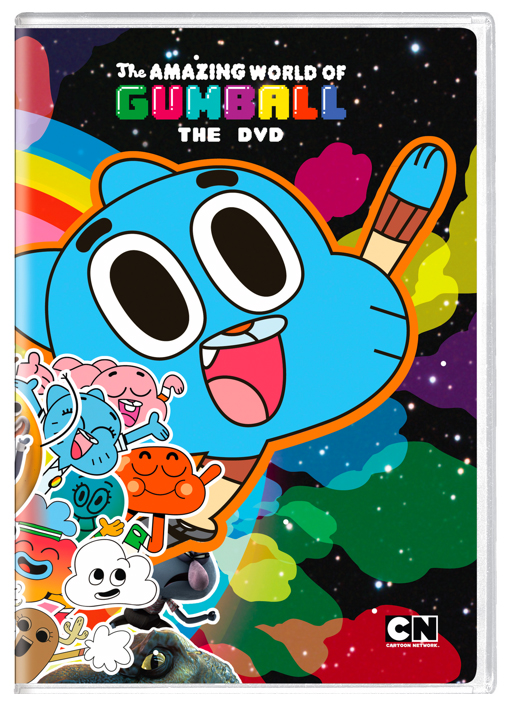 The Amazing World of Gumball “The DVD” DVD