In We Bare Bears: Viral Video, the bear trio open up their own food truck, try to become Internet stars by making a viral video and try to save their home when it’s threatened by a construction project. Panda develops a big crush on a woman who saves his life after he suffers a peanut allergy attack. Grizz becomes obsessed with a bear-sized burrito and takes it with him everywhere he goes. The bear brothers meet Chloe, a very smart girl who observes them for her college presentation and they also get to know Charlie, a Bigfoot who spends a weekend in their home. 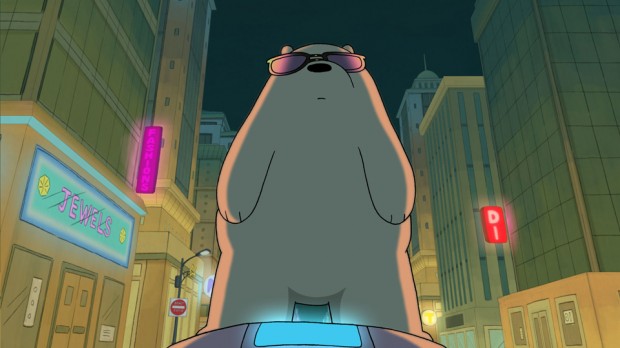