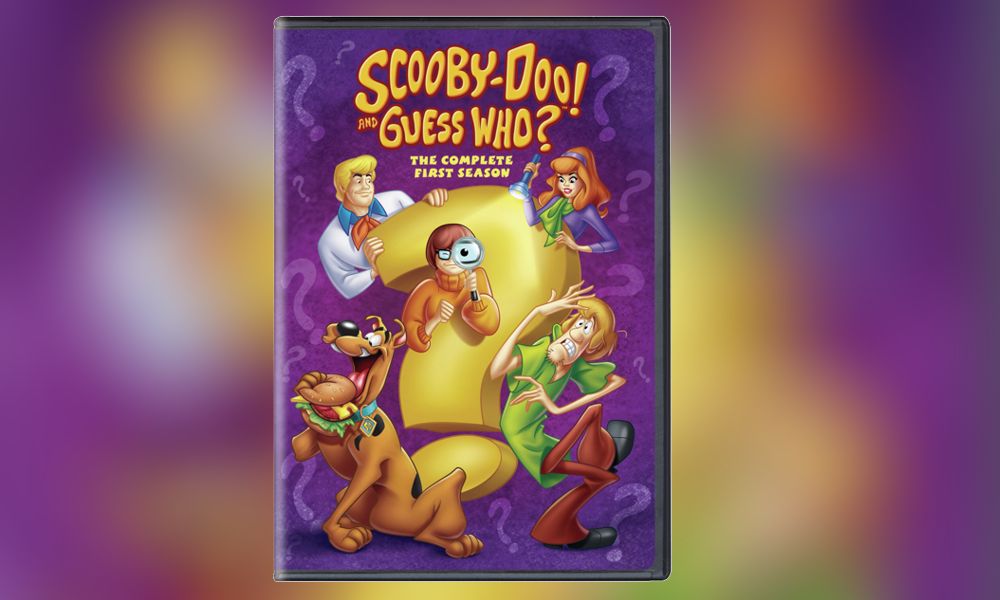 Scooby-Doo! And Guess Who?: The Complete First Season

The Scooby-Doo gang teams up with some of the biggest names in pop culture to solve some of their biggest mysteries in Scooby-Doo! and Guess Who?: The Complete First Season, available on DVD ($24.98 SRP/$29.98 CAN) January 19 from Warner Bros. Home Entertainment. This release features 26 action-packed mystery adventures starring an eclectic mix of celebrities from television, film, music, sports, comics and more who join Scooby-Doo and his pals as they solve spooky mysteries around the world.

From Warner Bros. Animation, Scooby-Doo! and Guess Who? follows the grand tradition of Scooby-Doo team ups and takes the idea to hilarious new heights. Faced with some of their toughest mysteries yet, Fred, Velma, Shaggy and Scooby-Doo join forces with some of the biggest names in celebrity and pop culture — including NBA superstar Chris Paul, recording artist Halsey, George Takei, Christian Slater, Kenan Thompson, Steve Urkel (voiced by Jaleel White reprising his iconic role), Batman, Sherlock Holmes, The Flash, Wonder Woman and many more! Jump into the Mystery Machine for all-new comedic mystery-solving adventures where the biggest mystery will be who’s teaming up with those “meddling kids” next!

The collection is available now on Digital.