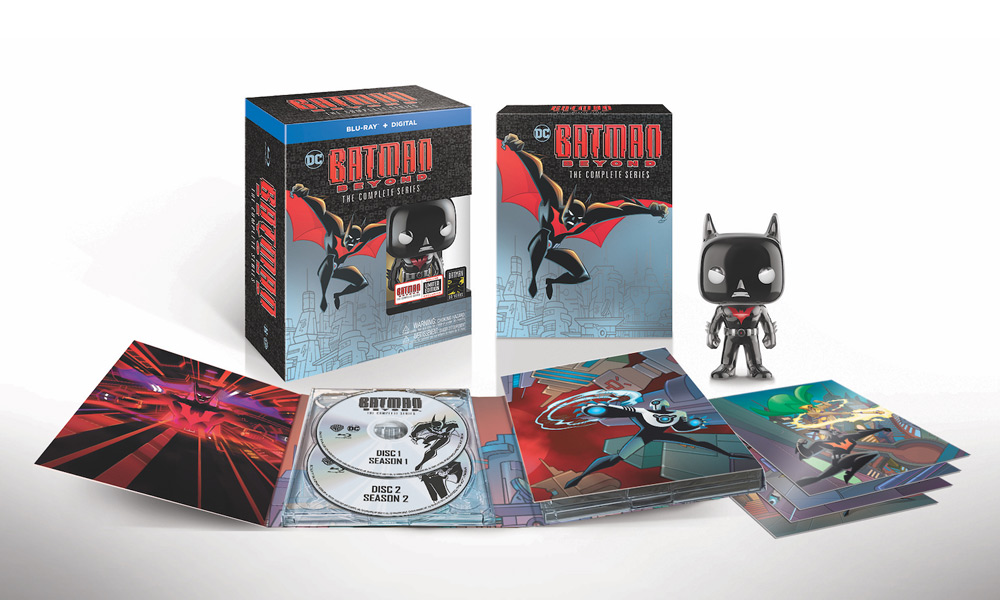 Warner Bros. Home Entertainment is introducing one of the landmark Dark Knight animated series to a new generation of fans with a remastered, first-time Blu-ray presentation for Batman Beyond: The Complete Series Limited Edition — available now on Digital ($49.99 USD/$59.99 CAD) and in a bat-tastic box set Tuesday, October 29 ($99.99 USD / $119.99 CAD). Get a peek at the LE box set (with Pop! figure) in voice star Will Friedle’s unboxing video below.

Batman Beyond: The Complete Animated Series Limited Edition features approximately 1,500 minutes of entertainment spread over four Blu-ray discs, plus two bonus discs of enhanced content. In addition to a newly-remastered Blu-ray presentation of Batman Beyond: Return of the Joker, there are 15 featurettes on the bonus discs, highlighted by two new inside looks at the beloved TV series, led by Nostalgic Tomorrow, a gathering of Batman Beyond production talent and cast led by executive producer Bruce Timm and actors Kevin Conroy and Will Friedle, the voices of Batman and Terry McGinnis, respectively. The bonus discs also spotlight four episodes with audio commentary from Timm and select members of the production team.

Collectibles within the stunning packaging include an exclusive chrome Batman Beyond Funko POP, and four beautifully-designed lenticular art cards produced especially for Batman Beyond: The Complete Animated Series Limited Edition. This ultimate collectors Blu-ray box set will be individually numbered for a Limited Edition release of 50,000.

Of the 52 original Batman Beyond episodes, 41 have been fully-remastered from either their original 35mm film source or the uncommon format “OCND,” the original camera negative digital (a digital scan of original negative). Lines and resolution have been enhanced, and dust and dirt have been removed – however, cel dirt remains to not disturb the original picture. Included in the remastering was the removal of grain, resulting in enhanced colors. The remastering process does cause a slight aspect ratio change (approximately 3% loss of screen image). Due to time-worn irreparable damage, the remaining 11 episodes were “Smart Rezzed” from standard definition Digibeta video — “Eyewitness,” “Final Cut,” “The Last Resort,” “Armory,” “Sneak Peek,” “The Eggbaby,” “Zeta,” “Plague,” “April Moon,” “Sentries of the Lost Cosmos” and “Speak No Evil.”

Produced by Warner Bros. Animation, Batman Beyond premiered on January 10, 1999 to instant ratings and critical success. The series ran for three seasons, covering 52 total episodes and a full-length animated film, Batman Beyond: The Return of the Joker. Nominated for nine Emmy Awards, Batman Beyond took home two Emmys – including Outstanding Special Class Animated Program in 2001 – as well as three Annie Awards. 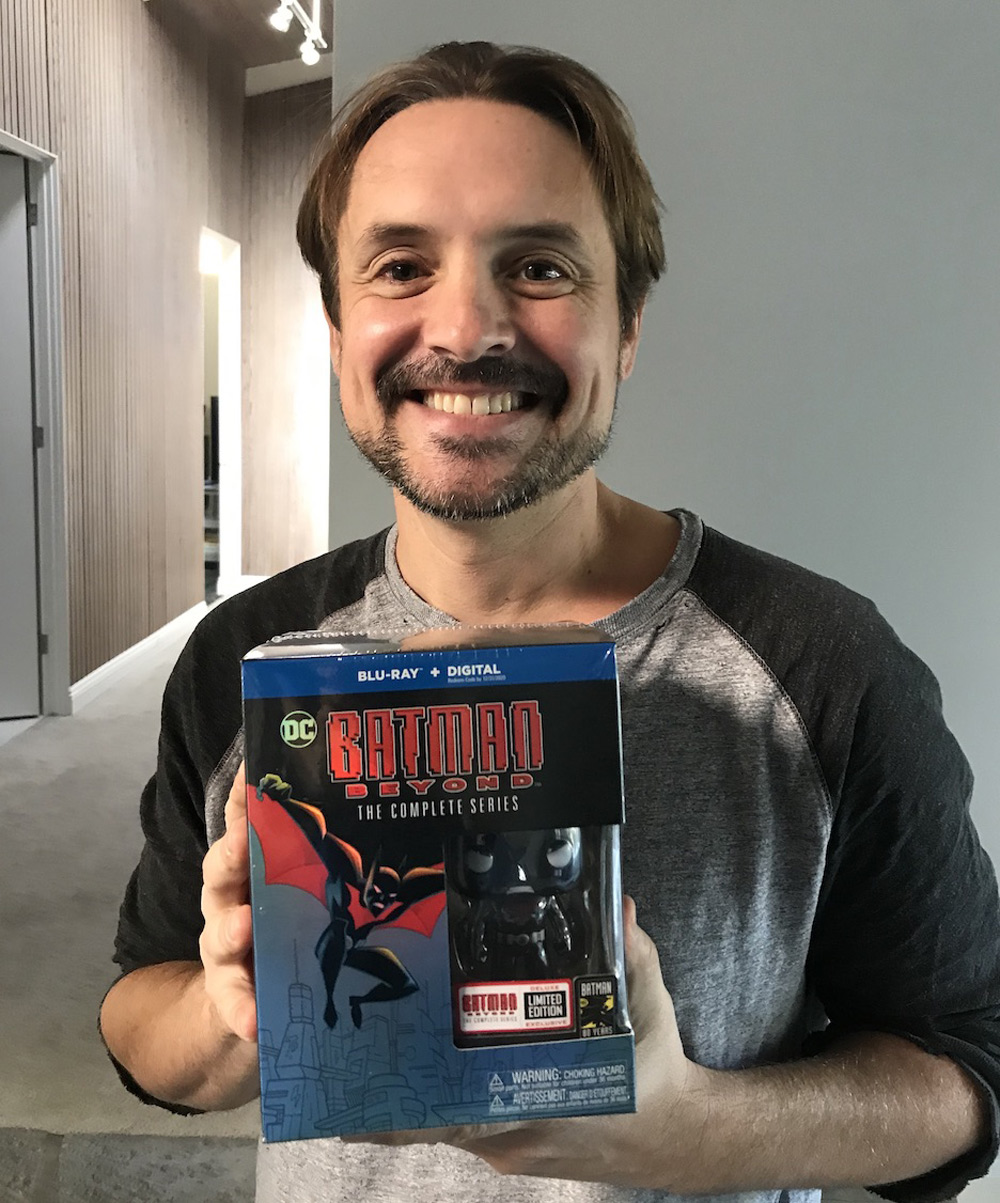 Adobe Artists in the Spotlight for Animation Day
41 Ent. to Adapt Best-Selling YA Books ‘Supernatural Academy’