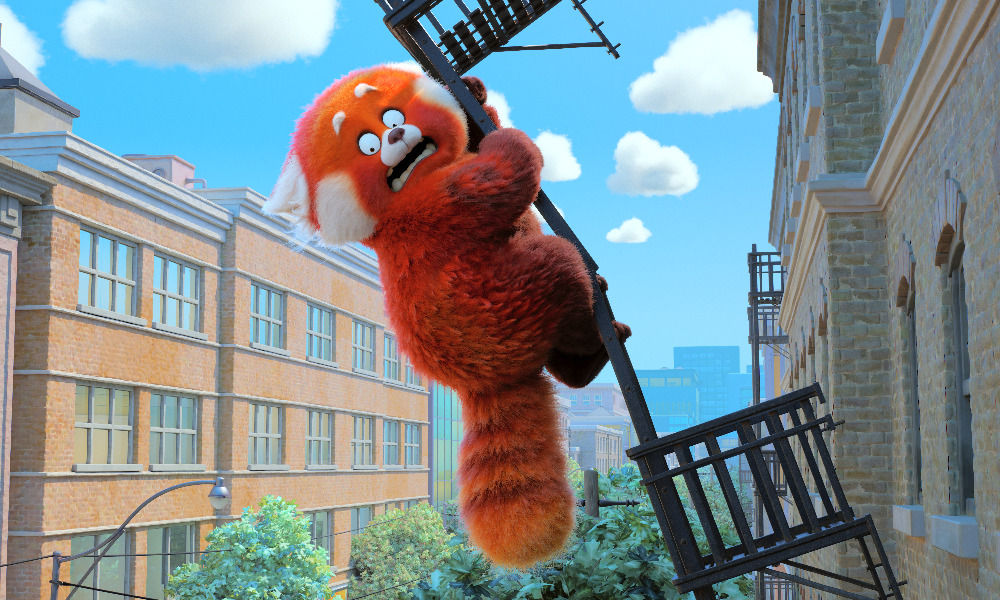 Grab your most soothing hair brush, and try not to poof, but Disney-Pixar’s Turning Red has officially launched on Digital. In celebration of the release, three deleted scenes from the highly praised coming-of-age comedy have been unleashed!

With the Digital release, fans can travel back to the early aughts and experience all the warm and fuzzy red panda Mei-hem with never-before-seen bonus material including seven deleted scenes, three featurettes and audio commentary with director Domee Shi.

In the deleted scenes revealed today, fans can glimpse alternate versions of the story wherein Mei runs for class president against Tyler, the family temple is under threat of foreclosure, or Mei’s mom tries to teach her how to tame her inner beast.

Turning Red will be available on 4K Ultra HD, Blu-ray and DVD on May 3. Details of the release here.