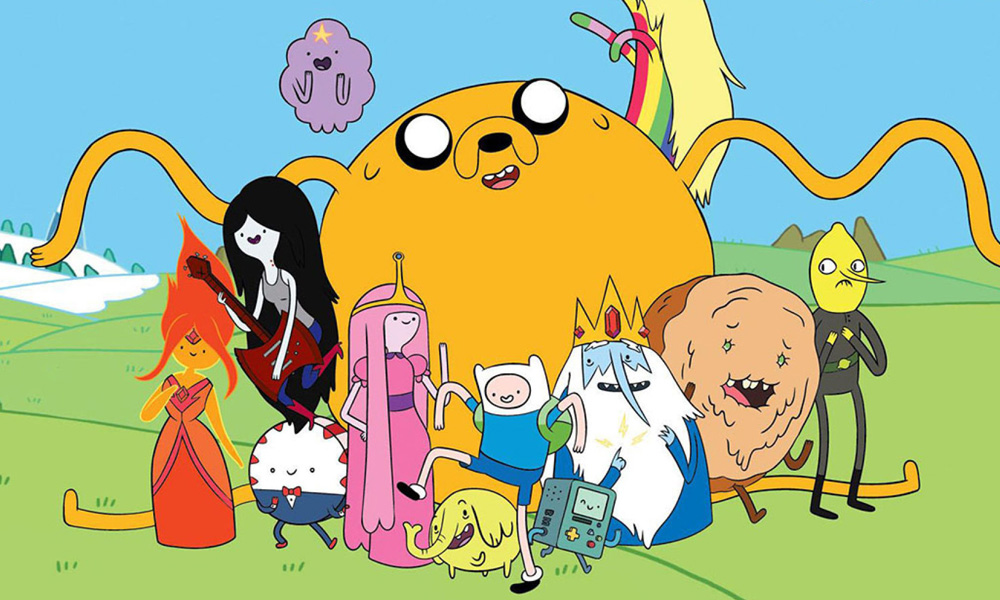 This spring, fans can relive all their favorite memories with Finn the Human and Jake the Dog as Cartoon Network is gearing up to release Adventure Time: The Complete Series DVD box set, as well as a soundtrack compendium featuring beloved tunes from Penn Ward’s Emmy Award-winning series.

Available April 30, the 22-disc Adventure Time: The Complete Series set includes all 238 episodes from the show, gathered in a collectible box designed after The Enchiridion. The box set includes an immersive, 25-page storybook with a centerpiece pop-up featuring all the wonderfully strange denizens of Ooo, plus a disc of all-new bonus materials, including:

Then, prep your vocal chords for a marathon sing-along when The Ultimate Soundtrack debuts on digital download and streaming for all major platforms on May 3. The set features 160 songs, including ear worms like “Bacon Pancakes” and fan favorites like “My Best Friends in the World.” A multi-format physical box set with custom illustration will also be released, in partnership with Mondo, which will include vinyl, CD and cassette and be available for pre-order starting May 3.

Cartoon Network is celebrating the announcement with a sweet, one-of-a-kind, fan-generated music video for the iconic theme song “Come Along with Me.” Created in collaboration with non-profit artist organization The Art of Elysium (www.theartofelysium.org), the project called on kids and teens to customize more than 1,200 animation cels which were strung together to create the video.