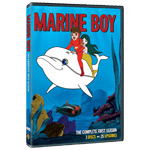 Anime fans have been looking forward to the release of classic TV series Marine Boy, which originally ran on Fuji TV in the 1960s. Marine Boy was one of the first color cartoons to produced in Japan by Minoru Adachi and animation company Japan Tele-Cartoons. Alongside Speed Racer and Kimba: The White Lion, Marine Boy was was one of the original handful of imported television series that captured youngsters’ imaginations and put Japanese anime in the stateside consciousness.

Warner Archive Collection will distribute Marine Boy: The Complete First Season. The three-discs, 26 episodes release centers on the adventures of a teenager with some amazing inventions at his disposal, Marine Boy battles evil on and under the seas on behalf of the Ocean Patrol, aided by his father, Dr. Mariner, and the brilliant Professor Fumble. Joining Marine Boy in his missions are his white dolphin, Splasher, young mermaid friend Neptina, and fellow Ocean Patrol agents Bullton and Piper.

The series even shared some pedigree with Speed Racer, most notably featuring several members of the rival series’ voice cast—like Corinne Orr, the voice of Marine Boy, Neptina and Clicli (as well as Trixie on Speed Racer); Peter Fernandez as Piper and Dr. Mariner (and the original voice of Speed Racer) and Jack Grimes as Professor Fumble and Splasher (Chim-Chim). Jack Curtis provided the voice of the narrator for both series. 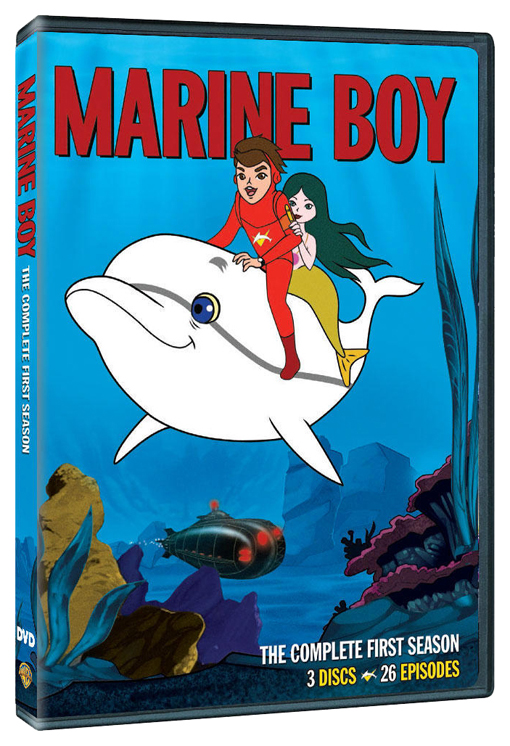