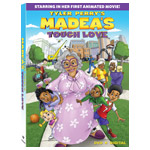 Writer/director/producer Tyler Perry makes his first foray into the family-friendly animation sphere early next year as his first feature-length toon Tyler Perry’s Madea’s Tough Love arrives on DVD and On Demand January 20, 2015 from Lionsgate. The film will have an early launch on Digital HD on January 13.

Made popular by the successful live-action films, comic heroine Madea makes her cartoon debut in the new adventure which finds her sentenced to community service after a hilarious run-in with the law. Determined to do good for the ‘hood, Madea enlists Aunt Bam and Uncle Joe to try to save the Moms Mabley Youth Center from being shut down. With her irresistible sass and wisdom, Madea rallies the local kids to make a stand.

The film features Perry as the voice of Madea, Uncle Joe and others and Cassi Davis as Aunt Bam, along with Rolonda Watts, Avery Kidd Waddell, William “Bootsy” Collins, and Cree Summer. Tough Love is written by Matt Fleckenstein from a story by Ben Chambers inspired by Perry’s original characters; Frank Marino served as supervising director. Perry, Ozzie Areu and Matt Moore serve as producers for Tyler Perry Studios.

The DVD (SRP $19.98) includes a making-of featurette and sketch-to-screen storyboard comparison with a look at Perry in the recording booth. Fans can get a sneak peek in a special feature on the DVD and Blu-ray of A Madea Christmas, out now. 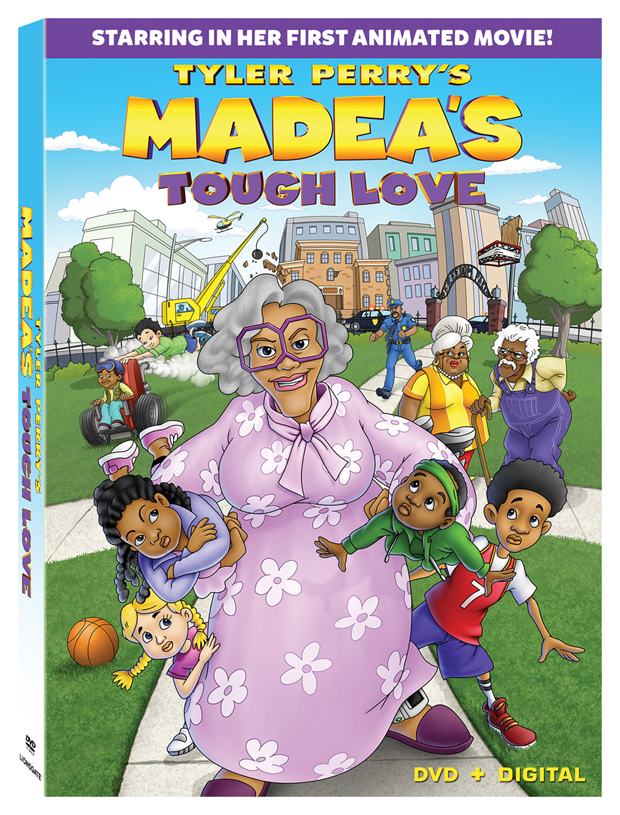