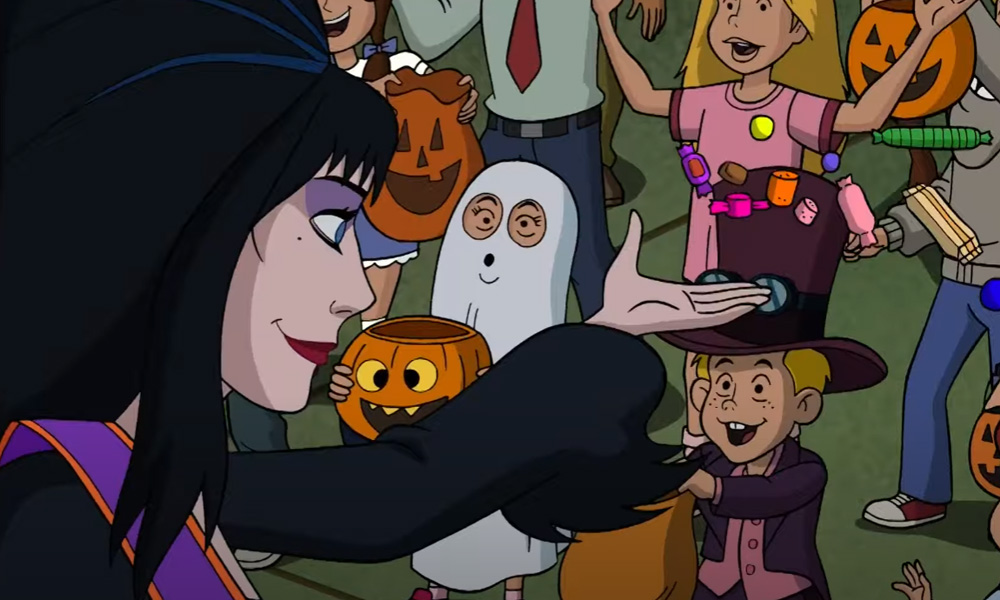 It looks like Scooby-Doo fans will have a special treat this Halloween. Warner Bros. Animation is preparing a new DVD and digital release feature titled Happy Halloween, Scooby Doo, in which the ghostbusting team meets none other than Elvira, Mistress of the Dark (Cassandra Peterson) and Bill Nye the Science Guy of all people! They will be battling famous Batman villain The Scarecrow in this haunted adventure.

The 2D-animated movie is written, directed and produced by animation veteran Maxwell Atom, who is best known as the creator of The Cartoon Network’s Grim Adventures of Billy & Mandy and Evil Con Carne and exec producer of Disney Channel’s Fish Hooks. The project features the popular voice cast for the series which includes Frank Welker as Scooby-Doo/Fred Jones, Grey Griffin as Daphne Blake, Matthew Lillard as Shaggy Rogers, and Kate Micucci as Velma Dinkley.

Here is the movie’s official synopsis:

“With fake monsters and candy galore, Halloween is heaven for these hungry foodies going door-to-door. But this year, their sweet holiday turns sour when the neighborhood pumpkin patch is infected by toxic ooze, creating high-flying jack-o-lanterns, and a king-sized pumpkin leader squashing everything in its path. It’s up to Scooby-Doo and the gang as they team up with their pals, Bill Nye the Science Guy and Elvira, Mistress of the Dark, to solve this mystery of gigantic proportions and save Crystal Cove!” 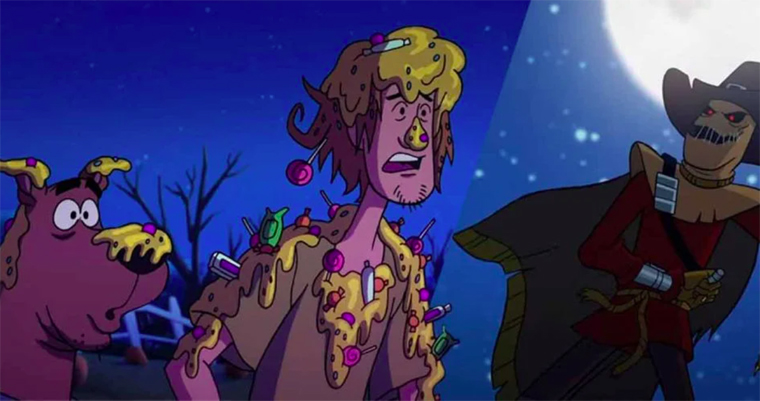