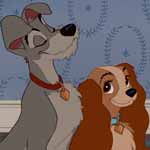 Just in time for National Spaghetti Day (yes, really) comes the tail-wagging announcement that 1955’s romantic animated classic Lady and the Tramp will receive the Walt Disney Signature Collection treatment next month. The release includes three versions of the film, classic bonus features and three all-new features, available on Digital and Movies Anywhere on February 20, and Blu-ray on Feb. 27.

Directed by Clyde Geronimi, Wilfred Jackson and Hamilton Luske, and produced by Walt himself, the sweet 2D tale revolves around star-crossed canine lovers Lady (voiced by Barbara Luddy), a pampered cocker spaniel, and Tramp (Larry Roberts), a freewheeling mutt with a heart of gold. The film features a score composed by Oliver Wallace, with songs by popular recording artist Peggy Lee (with Sonny Burke), who also provided the vocals for “La La Lu,” “The Siamese Cat Song” and “He’s a Tramp.”

Classic Bonus Features on Digital Only: 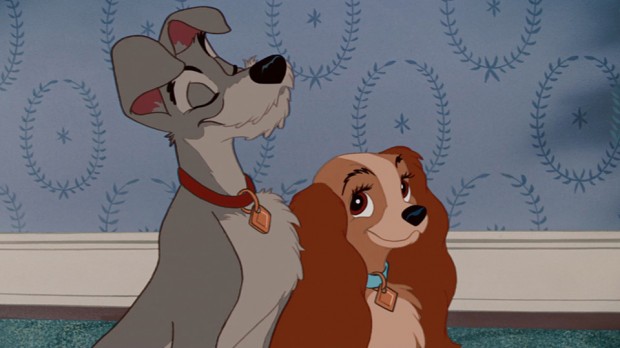