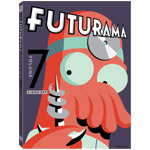 Futurama, Life & Times of Tim and Ted join The Simpsons and One Piece on our holiday DVD wish list this month. 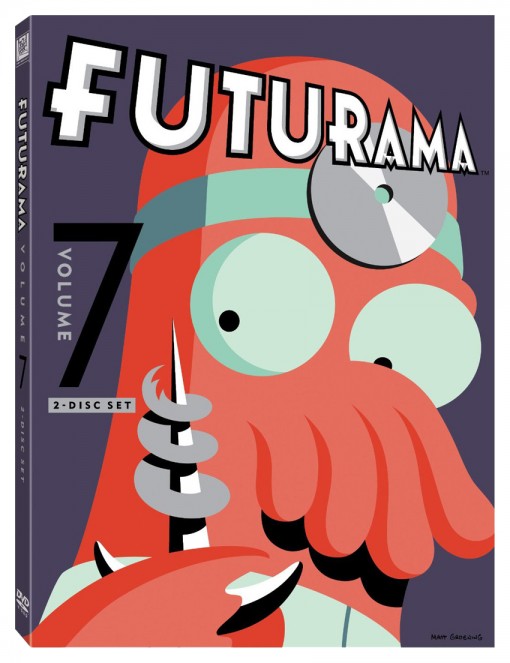 Park your shiny metal [hiney] on the couch and pop open a can of Slurm–it’s time once again to bring home a space-trekking slate of Futurama adventures! This two-disc set packs in 13 episodes of Matt Groening’s Emmy and Annie-winning sci-fi comedy toon on two discs (also available on Blu-ray for $39.99). In addition to wacky romps like “The Bots and the Bees” (Bender becomes a father–the horror!), “A Farewell To Arms” (spoofing Mayan doomsday fears) and “Viva Mars Vegas” (who doesn’t love a Robot Mafia episode?), fans are treated to full-length commentary, plus bonus commentary by the Rought Draft Studios crew on “Farewell to Arms,” an alternate ending for “Zapp Dingbat,” jam session with show composer Christopher Tyng, Futurama Karaoke, screen loops and deleted scenes. Just don’t get so caught up in your marathon that you forget to feed your jarred celebrity heads. [Release date: December 1] 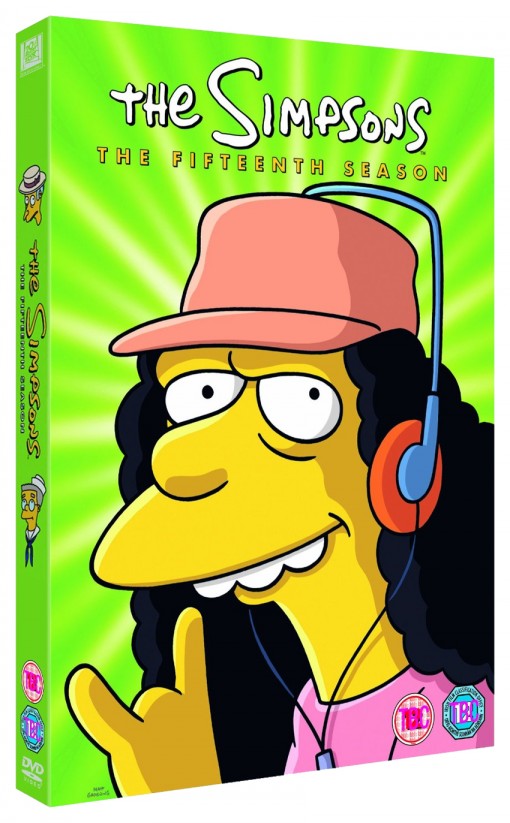 If it’s not one yellow-complexioned toon star on disc each month, it’s another–or rather a whole family of them. The 15th season of Matt Groening’s record setting toon comedy kicks off with “Threehouse of Horror XIV,” in which Homer becomes the Grim Reaper, Professor Frink reanimates a corpse, Bart and Milhouse acquire a time-stopping watch and Jerry Lewis, Jennifer Garner, Nobel Prize winning chemist Dudley Herschbach and boxer Oscar De La Hoya guest star–and it just gets zanier from there! Evita send-up “The President Wore Pearls” (guest Michael Moore) finds Lisa as student body president; Homer is arrested for treason in London in “The Regina Monologues” (Tony Blair, J.K. Rowling, Ian McKellen and more); Thomas Pynchon and Tom Clancy make appearances (along with the Olsen twins) when Marge writes a popular romance novel in “Diatribe of a Mad Housewife,” and Jon Lovitz returns as Marge’s ex-prom date Artie Ziff and is discovered hiding in the Simpsons’ attic in “The Ziff Who Came to Dinner.” The four-disc collection, also available on Blu-ray for $59.99, will hold all 22 episodes of season 15 plus and intro from Groening, optional commentary for all episodes, animation showcases, deleted scenes, commercials, sketch galleries and two featurettes: “The Unusual Ones” and “Living in the Moment.” Exclusively on Blu-ray, you also get bonus episodes “The Otto Show,” “Das Bus” and “It’s a Mad, Mad, Mad, Mad Marge.” [Release date: December 4] 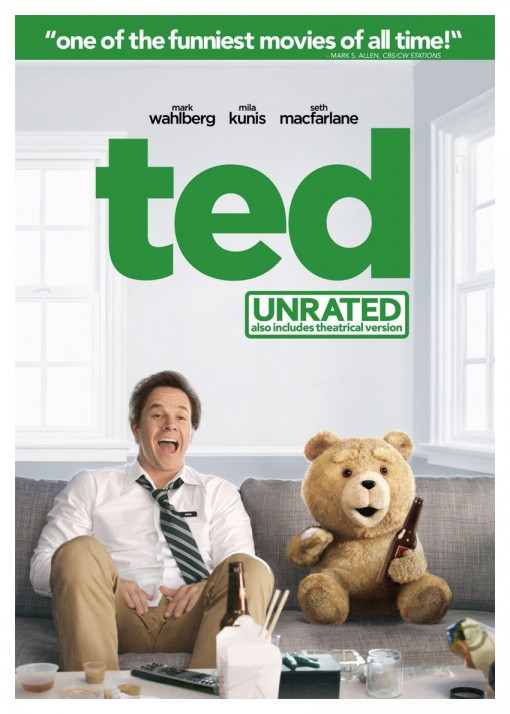 Animated renaissance man Seth MacFarlane proved his live-action chops to the world this summer with his surprise smash comedy, Ted–named for the lovable teddy bear (voiced by MacFarlane) brought to life by a child’s wish who grows into a booze-swilling, foul-mouthed roommate of his owner and best pal John (played by Mark Wahlberg) and inhibitor of his relationship with his more professional girlfriend (Mila Kunis). Teams at the acclaimed Tippett Studio and Iloura brought the CG Bostonian bear to life, and the film grossed nearly $500 million worldwide. Also available as a two-disc Blu-ray/DVD combo pack for $34.98, special features on this mature auds release include a behind-the-scenes look at Ted and John’s hotel room brawl, commentary with MacFarlane, Wahlberg and writer Alec Sulkin and a documentary on the making of the film. What better way to prepare yourself for MacFarlane’s tour of duty hosting the 85th Oscars next month? [Release date: December 11] 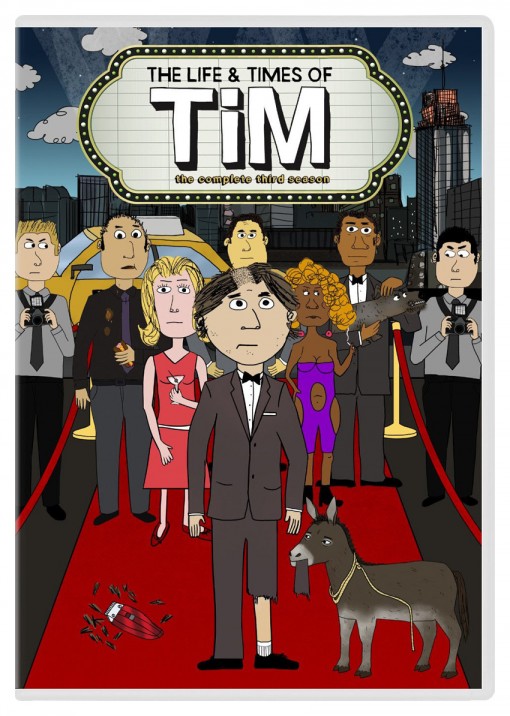 The Life & Times of Tim: The Complete Third Season

While HBO’s on-again, off-again flirtation with Steve Dildarian’s hapless Tim has fizzled, his awkward adventures live on on disc. Conceived, written, produced and starring Dildarian (oh, and based on his award-winning short Angry Unpaid Hooker–need we say more?), the roughshod 2D-animated series follows average 20-something Tim who lives in New York with his girlfriend Amy, who desperately wants him to be successful; but life just keeps getting in the way and Tim’s habit of befriending bizarre, unreliable characters gets him into trouble. Mary Jane Otto, Matt Johnson, Nick Kroll and Peter Giles comprise the key cast, and the show is exec produced by Tom Werner (That 70’s Show) and Jimmy Miller (Talladega Nights) The two-disc set contains 10 half-hour, two-part episodes and enough socio-emotional discomfort to make you think twice about leaving the house. [Release date: December 18] 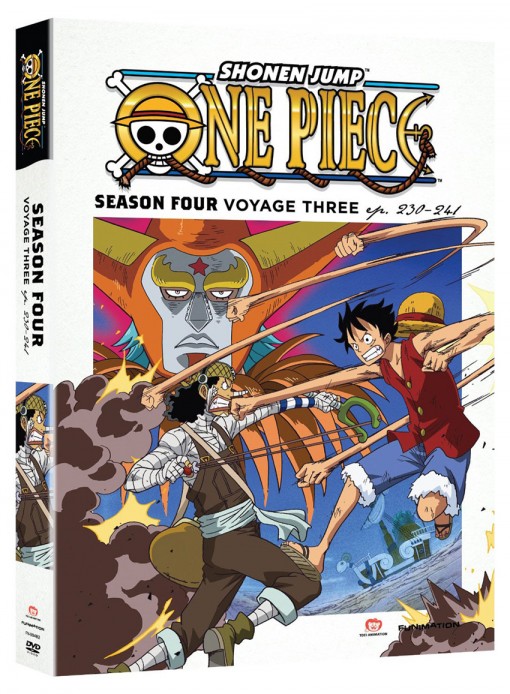 The adventures of manga-ka Eiichiro Oda’s “Rubber Man” pirate captain Monkey D. Luffy continue with even more bizarre characters and strange mishaps.The latest on-disc installment of Toei Animation’s TV series take on the story packs episodes 230 to 241 on two discs. Join Luffy and his madcap crew as they encounter the bounty-hunting, ship-stealing and general ne’er-do-welling gang, The Franky Family, and try to turn the tides with the help of the crew of Galley La Company–only to find out that a member of their crew may be leaving the Straw Hat Pirates forever! If it all gets too confusing just remember the key facts: Tony Tony Chopper is a reindeer, not a moose, and he is also a doctor, and he is adorable. There, that should clear it up. [Release date: December 18]