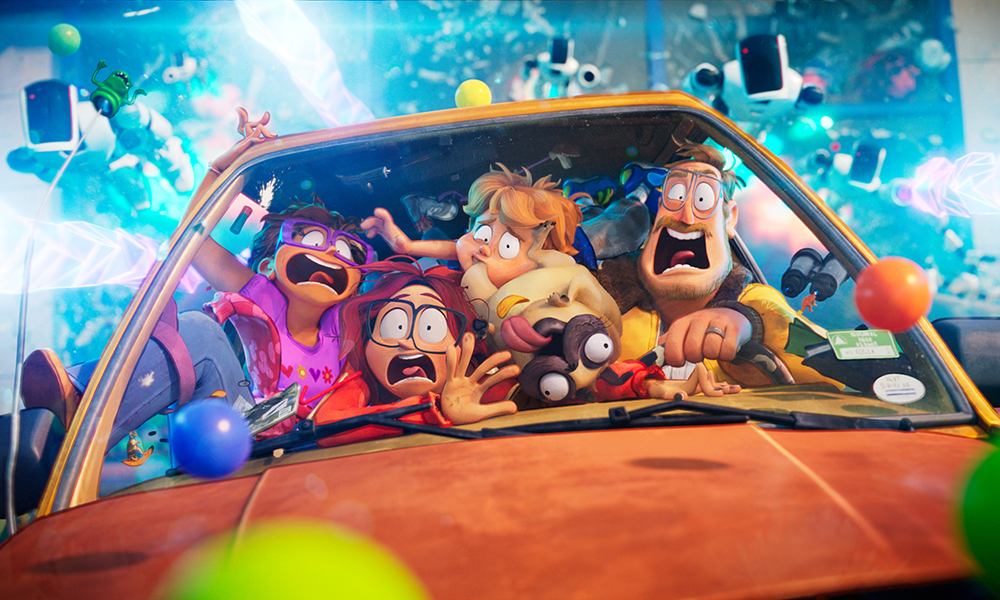 The critically lauded Sony Pictures Animation feature The Mitchells vs. the Machines, released by Netflix earlier this year, is making its home entertainment debut next month. Directed by Mike Rianda, co-directed by Jeff Rowe and produced by Phil Lord & Christopher Miller (Spider-Man: Into the Spider-Verse), the visually radical family road trip flick arrives on Digital, Blu-ray and DVD on December 14, complemented by over two hours of new content — including an all-new short and Katie Mitchell’s extended cut!

Synopsis: An old school father (voiced by Danny McBride) and his plugged-in, filmmaker daughter (Abbi Jacobson) struggle to relate as their family embarks on a road trip to her new college. Their drive is interrupted by a machine apocalypse that threatens to tear these unlikely heroes apart unless they can find a way to join forces and save humanity. The voice cast also features Maya Rudolph, writer-director Mike Rianda, Eric André and Olivia Colman, with special guest grunts by Doug the Pug. 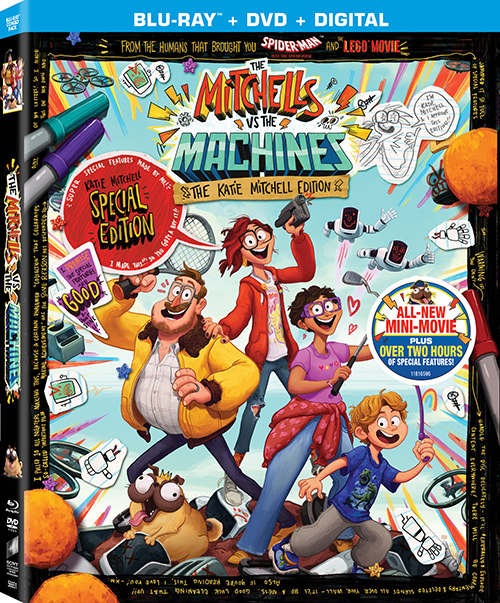 The Mitchells vs. the Machines (Blu-ray + DVD)