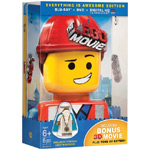 Everything will be awesome this summer: Warner Bros. Home Entertainment and Village Roadshow Pictures will be releasing Phil Lord and Chris Miller’s The LEGO Movie on Blu-ray, DVD and Digital on June 17. And, there will be special treats in store on a special edition release…

The LEGO Movie, which brought the globally popular brand to the big screen for the first time, stars Chris Pratt as Emmet, an ordinary minifigure who is mistaken for the prophesied MasterBuilder, and Will Ferrell as President Business, an uptight CEO who struggles to balance his plots for world domination with micro-managing his own life. Joining Emmet’s rebel crew are the ancient mystic Vitruvius (Morgan Freeman), tough-as-nails Wyldstyle (Elizabeth Banks), the mysterious Batman (Will Arnett), revenge-obsessed pirate Metal Beard (Nick Offerman), the loveable Unikitty (Alison Brie) and Benny, the 1980-something Spaceman (Charlie Day).

The Blu-ray Combo Pack ($35.99) includes the film on Blu-ray, DVD and Digital HD with UltraViolet. The “Everything Is Awesome Edition” ($59.98) makes everything even more awesome-er with an exclusive Vitruvius minifig, bonus 3D movie, collectible 3D Emmet photo, exclusive bonus content TBA, and of course DVD and Digital copies of the epic CG adventure. 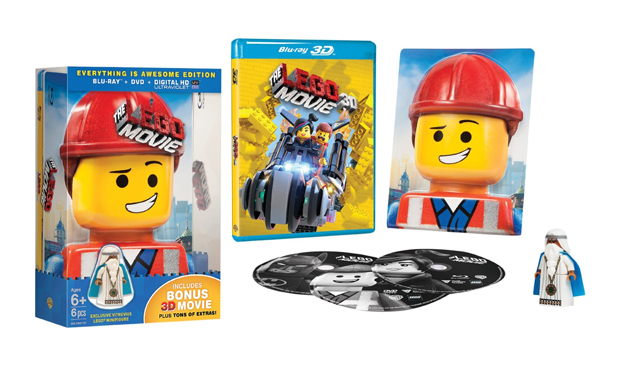 The LEGO Movie “Everything Is Awesome Edition”