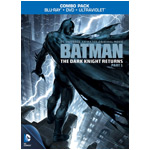 The new animated version of Frank Miller’s landmark graphic novel Batman: The Dark Knight Returns, Part 1 is set to be released on September 25. Produced by Warner Premiere, DC Entertainment and Warner Bros. Animation, the new PG-13 rated Warner Home Video release will be available on Warner Home Video as a Blu-ray™ Combo Pack ($24.98 SRP) and DVD ($19.98 SRP), On Demand and for Download. The Blu-ray Combo Pack will include UltraViolet.

Batman: The Dark Knight Returns, Part 1, is set in a bleak and ominous future. It’s been a decade since Bruce Wayne hung up his cape, following most of the other superheroes who had been forced into retirement. Facing the downside of middle age, a restless Bruce Wayne pacifies his frustration with racecars and liquor – but the Bat still beckons as he watches his city fall prey to gangs of barbaric criminals known as The Mutants.

The return of Harvey Dent as Two-Face finally prompts Wayne to once again don the Dark Knight’s cowl, and his dramatic capture of the villain returns him to crime-fighting – simultaneously making him the target of law enforcement and the new hope for a desolate Gotham City. Particularly inspired is a teenage girl named Carrie, who adopts the persona of Robin and ultimately saves Batman from a brutal attack by the Mutant leader. Armed with a new sidekick, and re-energized with a definitive purpose, the Dark Knight returns to protect Gotham from foes new … and old.

Here’s the first trailer for the movie: 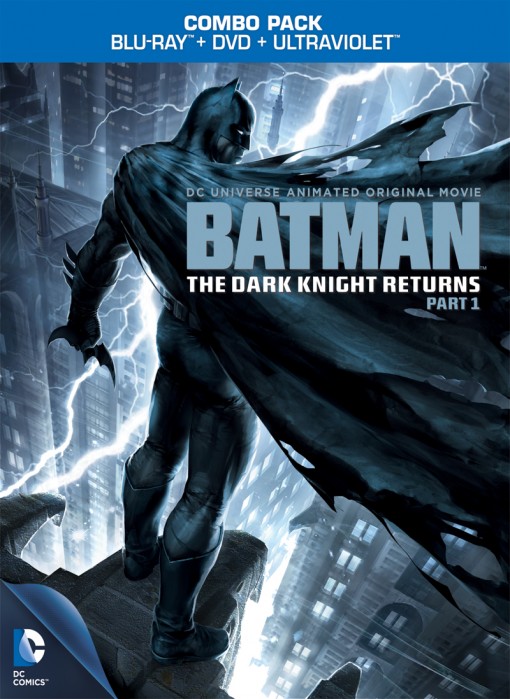