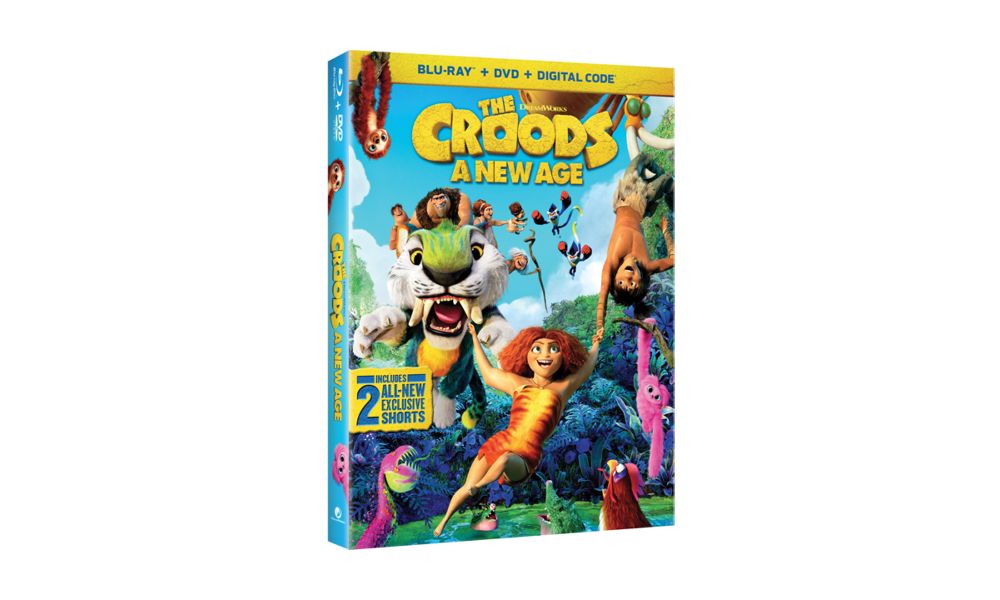 DreamWorks Animation is ready to offer home audiences a new way to enjoy The Croods: A New Age — a colorful story, brimming with heart and hilarious moments for the whole family. Join Grug, Eep, Guy and the rest of the Croods as they face off against the more-evolved Bettermans, releasing on Digital February 9 and on 4K Ultra HD, Blu-Ray™ and DVD February 23, from Universal Pictures Home Entertainment.

The new release lets viewers keep the adventure going beyond the film with two exclusive animated shorts, a gag reel, deleted scenes and activities the whole family can enjoy together.

Synopsis: The first prehistoric family is ready for another rocking adventure! The Croods have survived fanged beasts, natural disasters, and even young love, but now they must face their biggest challenge yet: another family! In search of a new home, the Croods discover a walled-in paradise created by the sophisticated Betterman family (emphasis on the “better”). As they try to coexist, the differences between the two families escalate into a full-blown feud, but when a new threat forces both families to embark on an epic adventure, they must all learn to work together … or they’ll all go extinct!