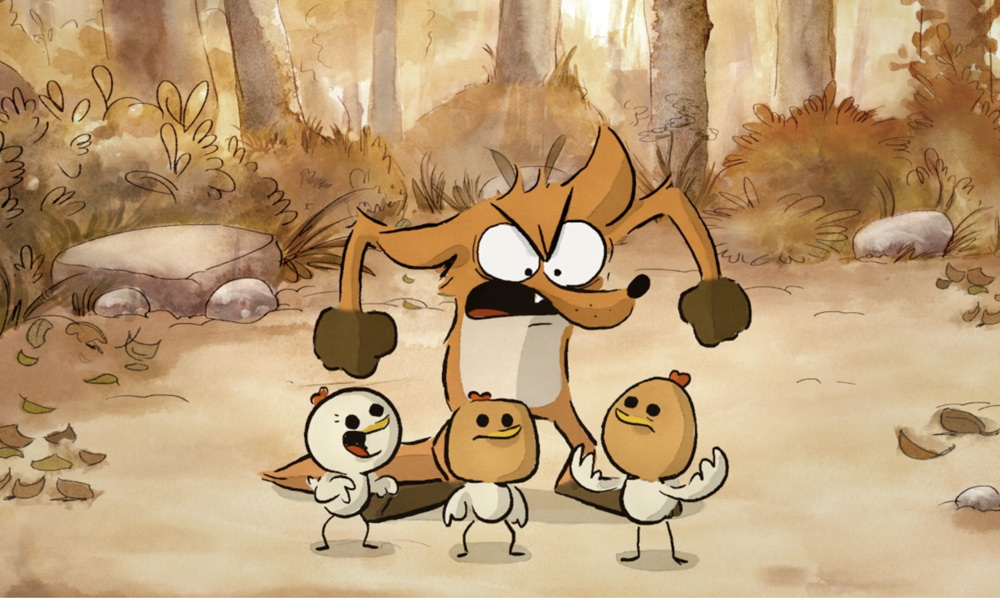 The charming and hilarious 2D family feature The Big Bad Fox and Other Tales — from the creators of Oscar-nominated movie Ernest & Celestine — is ready to win over home audiences with its warmhearted animal hijinx. GKIDS and Shout! Factory will be releasing the film on Blu-ray and DVD on July 16.

Synopsis: The countryside isn’t always as calm and peaceful as it’s made out to be, and the animals on this farm are particularly agitated: a fox who mothers a family of chicks, a rabbit who plays the stork, and a duck who wants to be Santa Claus. If you think life in the country is a walk in the park, think again!

The movie is offered in both English and French, with special features including an interview with the directors, The Making of The Big Bad Fox and Other Tales, Q&A at New York Int’l Children’s Film Festival, English dub featurette and trailers.

The Big Bad Fox and Other Tales is available for pre-order.