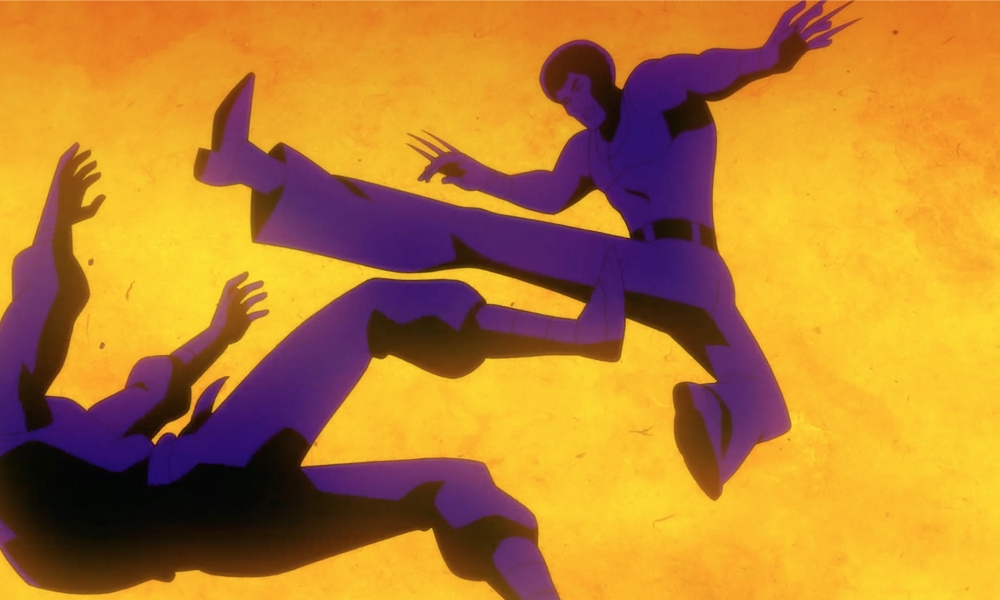 Bruce Timm’s love of Batman is well known — he has animated the character in TV series and movies for three decades. But it’s taken until now for his love of early 1970s kung fu and blaxploitation movies to come to the screen alongside the Dark Knight in the DC Universe animated feature Batman: Soul of the Dragon.

Tapping into the martial-arts corner of DC’s 80 years of comic-book storytelling, Batman: Soul of the Dragon finds Bruce Wayne reunited with martial arts legend O-Sensei’s elite students — Richard Dragon, Ben Turner (a.k.a. Bronze Tiger) and the deadly Lady Shiva — to save the world from a supernatural threat only they can stop. 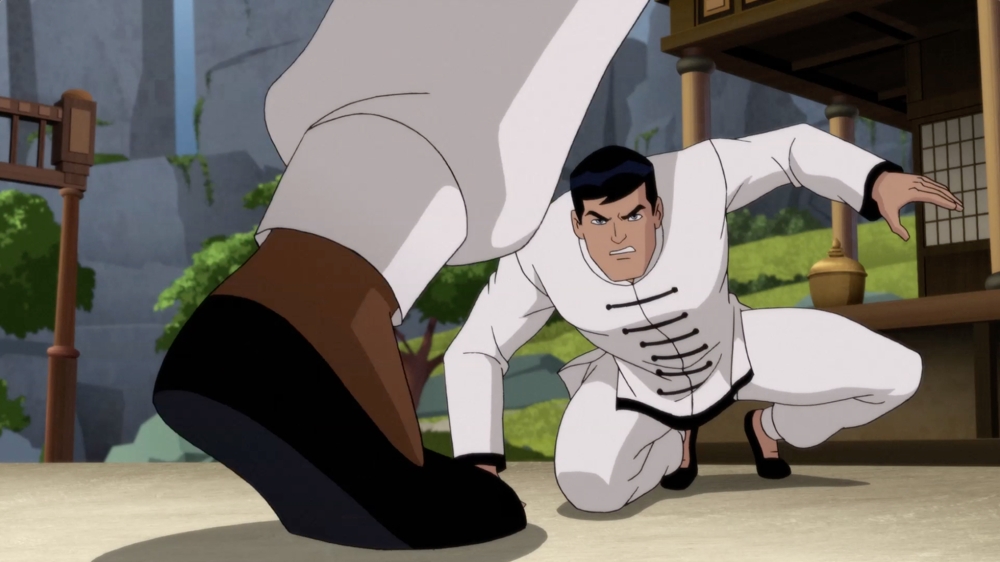 For Timm, Soul of the Dragon is a chance to evoke the magic he felt growing up in the early 1970s, when the Bruce Lee classic feature Enter the Dragon added a martial-arts movie craze to the era’s already heady mix of blaxploitation action pics, a wave of modern R&B classics on the radio and a steady stream of innovative comic-book storytelling. 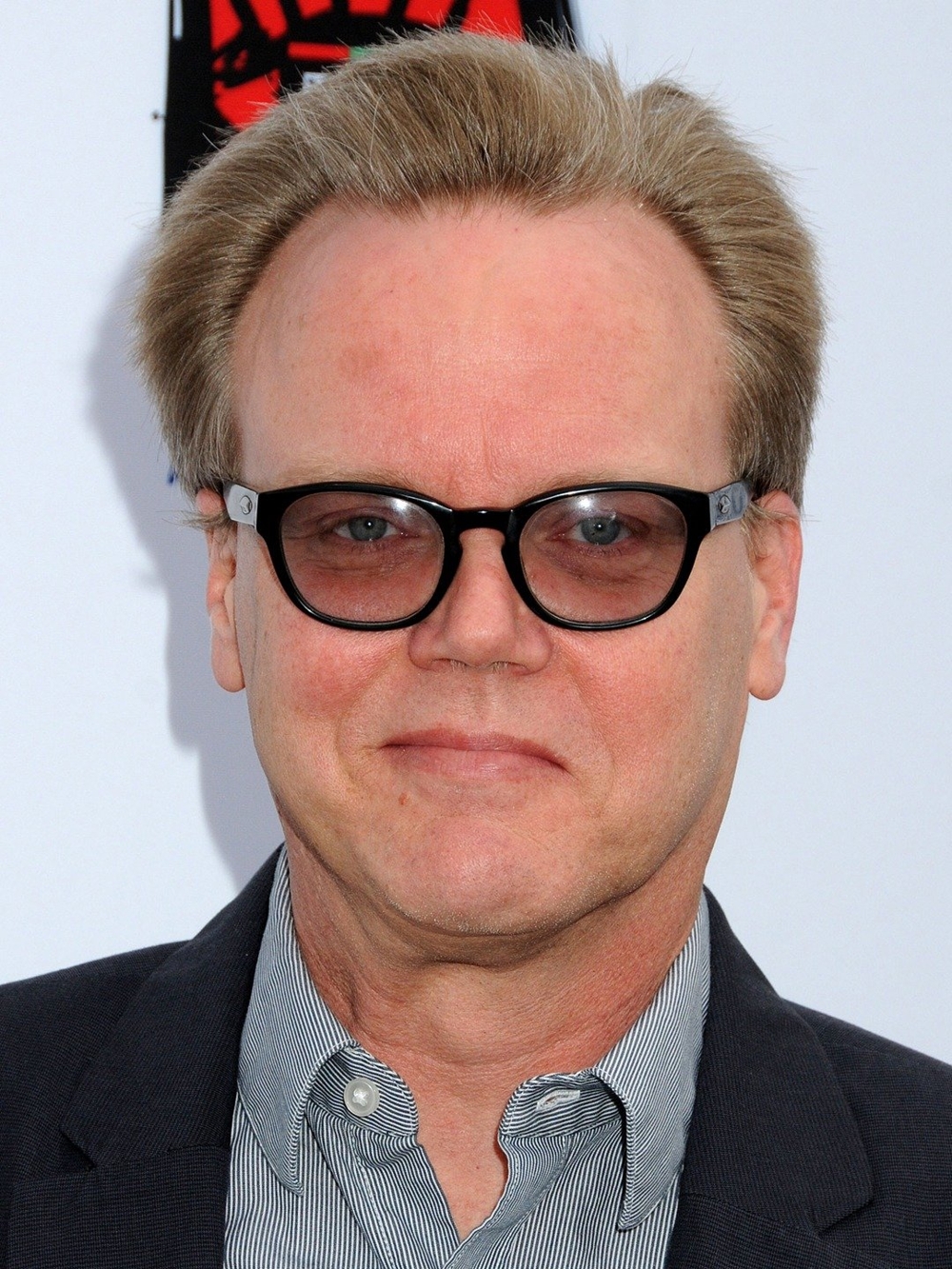 Flashback to a Soulful Era

“It’s [a reflection of] my love of the early ’70s in general and it’s also specifically my fascination with kung fu movies and blaxploitation movies of that period,” Timm says. “Those genres were so huge back then, I thought, ‘Wouldn’t it be fun to kind of mash the two together?’”

Timm’s off-the-cuff pitch in a regular meeting with DC and WB execs was met with instant enthusiasm and a green light. “Normally, you have to talk people into stuff, but that one kind of resonated with everybody,” Timm says. ”Some of my suggestions are kind of esoteric, but this one I think everyone liked the fun nature of it.”

Writer Jeremy Adams, whose previous tours of duty in DC animation included Green Lantern: The Animated Series, Justice League Action and DC Super Hero Girls, was primed and ready. ”I had been pitching to [producer] Jim [Krieg] and other people that we should do Enter the Dragon with Batman — ad nauseam,” he says. ”And then one day Jim comes in and goes, ’This is your lucky day!’” 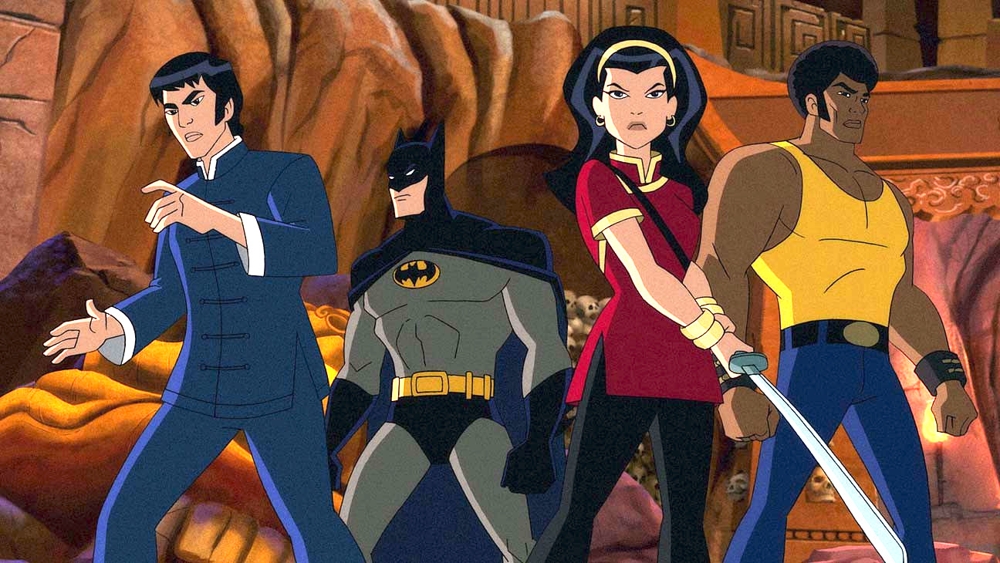 The story immediately scooped up martial arts characters from 1970s DC comic books: Richard Dragon, who starred in his own short-lived series; the deadly Lady Shiva; Ben Turner, who later became Bronze Tiger; and wise master O-Sensei. Batman also had a martial-arts phase at the time, with memorable globetrotting stories drawn by comics legend Neal Adams. Most of the material was written by Denny O’Neil, to whom Soul of the Dragon is dedicated after he died in June 2020 at the age of 80.

Adams says he felt it was his job as the writer to serve Timm’s vision and create a story that would inspire the rest of the crew to bring their best talents to the table. For example, Adams drew on his own martial-arts experience to pack the script with fight sequences Timm originally said were too detailed. “I said, ‘Well, I just wanted to make sure the storyboard guys — who are geniuses in their own right — have a springboard,’” Adams says. ”They don’t have to use it, but they can definitely look at it and draw inspiration from it. And [Timm] really understood that.” 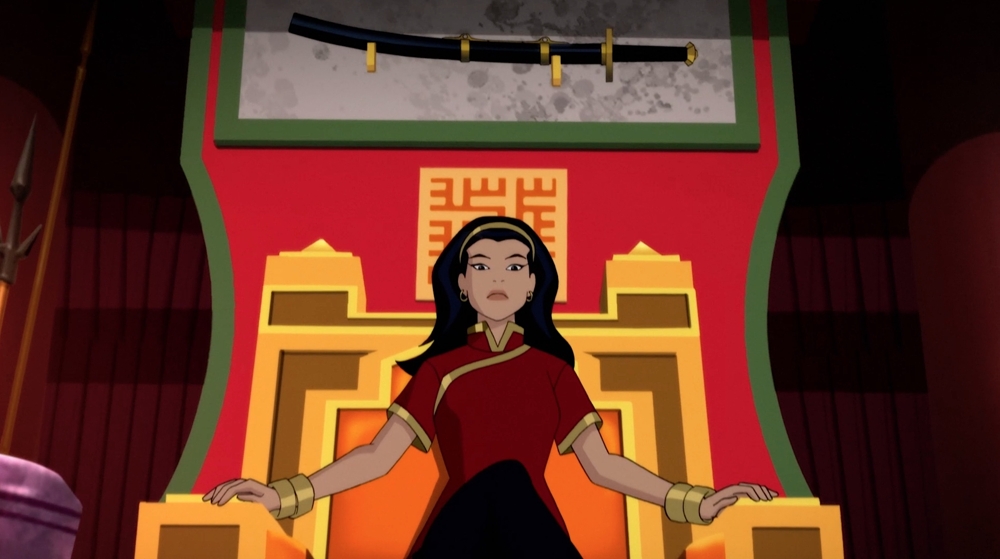 One of the most-fun elements for Timm was playing with the era’s fashions, hair styles, colors, cars and language. “The thing we wanted to do — and this applied to every aspect of the production — was that we wanted the design of the movie to evoke the ’70s but we didn’t want to make it a parody of the ’70s,” Timm says. ”There’s things about ’70s fashions that I think are genuinely cool, but there’s also tons of it that is just genuinely hideous.”

Timm curated these elements himself, frequently rejecting ideas that failed to fit his vision, like references to disco, which wasn’t yet a thing in the movie’s 1973-1974 time frame. ”I was trying to get him to do those old Shaw Brothers kind of sound effects, as far as punches and things like that,” adds director Sam Liu. “But he kind of wasn’t going for that.” 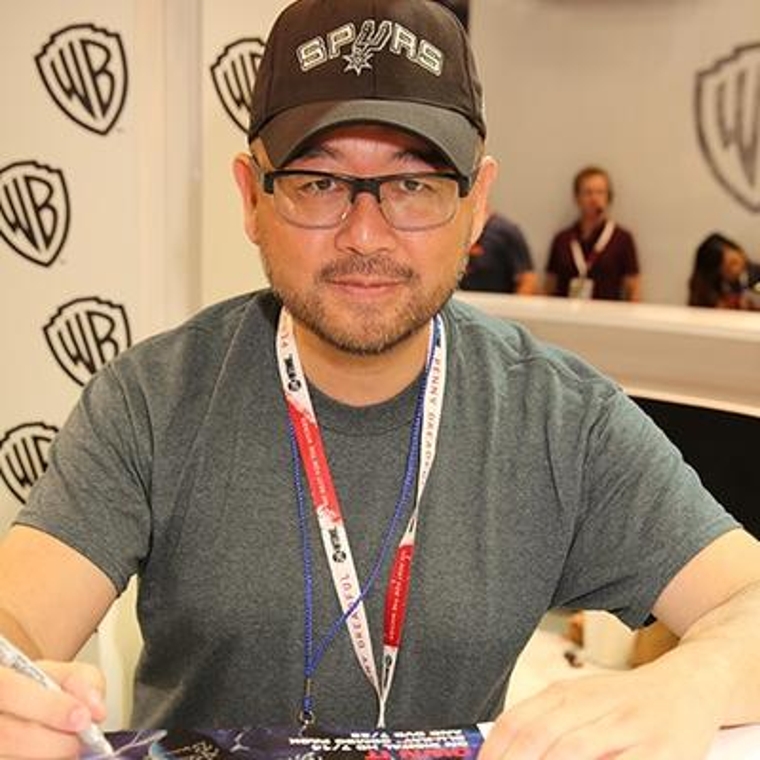 Timm also wanted more of Bruce Wayne without the cape and cowl. DC had concerns, he says, but the sheer amount of Batman product out there and peppering Batman appearances throughout the movie overcame them. ”I thought this would be a good opportunity for showing Bruce Wayne doing action stuff himself while wearing a crushed velvet jacket and bell bottoms and with long sideburns,” Timm says. ”I thought it would be more ’70s.”

The other design focus was creating a Batman costume specific to Soul of the Dragon. Timm wanted to evoke the flowing, lean look 1970s artists like Neal Adams and Jim Aparo brought to Batman. “In the time we had, we just couldn’t crack that code,” Timm says. Working with Liu and lead character designer Aluir Amancio, Timm eventually decided on a look influenced by more modern artists like Cliff Chiang and Steve Rude.

Liu says he was hesitant to direct the movie at first, because period pieces that depict overseas cultures are vulnerable to criticisms of insensitivity, but the fun, action-packed nature of the story won him over. The scripts on DC animated features run about 90 pages, with each board artist taking about 10 pages, Liu says. About six board artists are on staff with a full load, while the remainder is spread among freelancers. 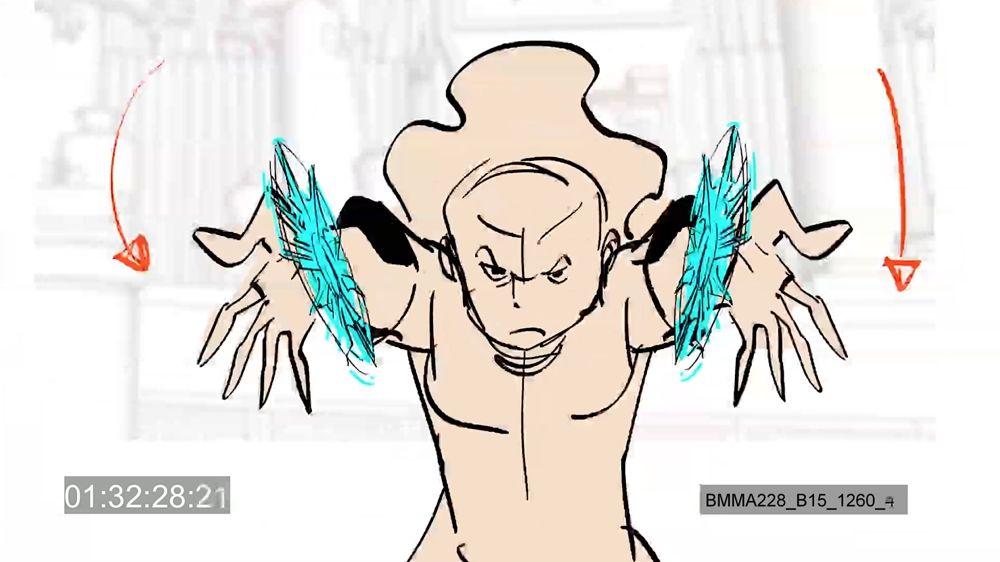 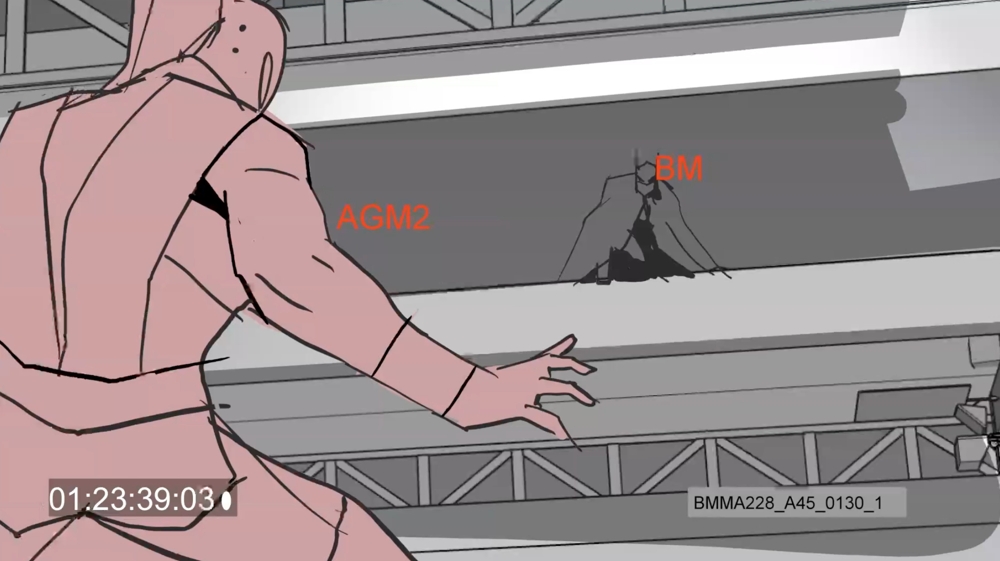 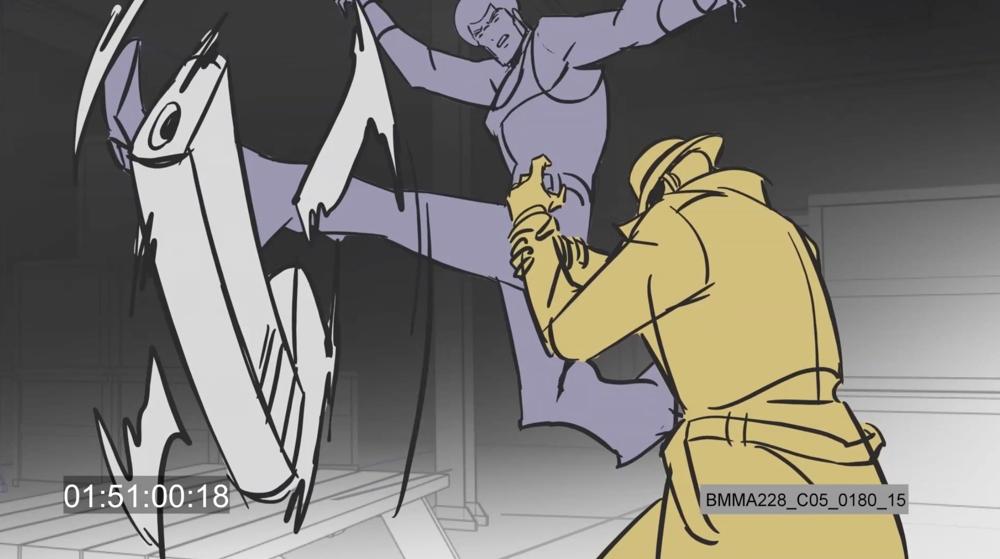 Time is a huge factor, with movies like this being turned around in about six months, so Liu says they decided to emulate the 2D look established by Timm’s 1990s Batman work, which allowed for re-use of stock environments and background characters.

The most difficult aspect of directing on so tight a schedule is that there’s rarely time to change animation that comes back from an overseas studio partner if it’s not what you expected, Liu says. ”I feel like nowadays we’re getting it in a lot less time than we were maybe 10, 15 years ago,” he says. “So we have a tendency to board things a little more cautiously nowadays.” 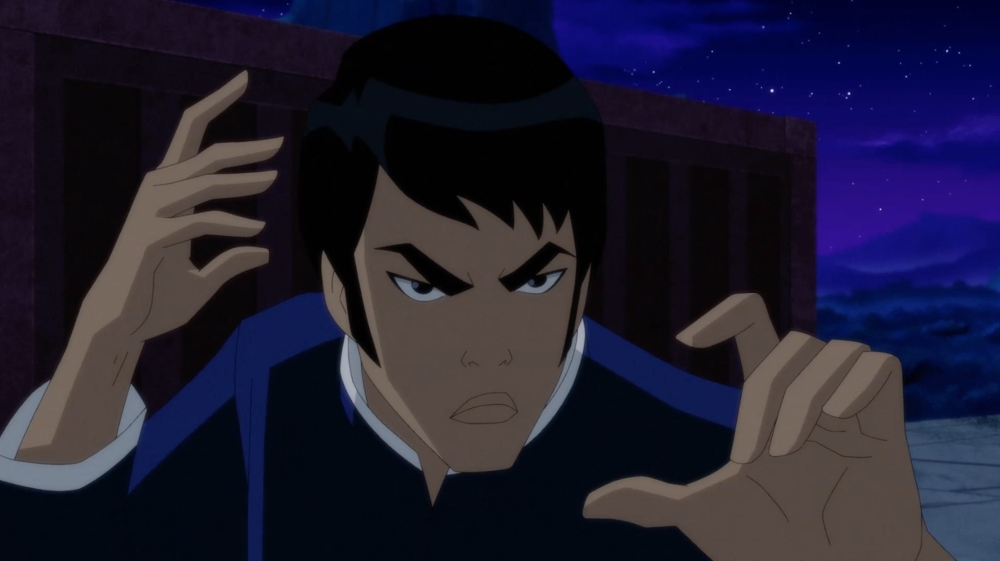 The final result is one Timm says he was very excited to work on and anxious to share with an audience. He notes, “This is the kind of project that comes along every once in a while that gets me really excited, because we’re getting a chance to explore different versions of Batman or different aspects of his world that we don’t normally get to do.”

Warner Bros. Animation’s Batman: Soul of the Dragon premieres on digital on January 12 and on 4K and Blu-ray on January 26.