The all-new adventures of Rapunzel and Eugene jumpstarted on Disney Channel with the original TV movie Tangled Before Ever After — a fun-packed adventure serving as a narrative bridge between the theatrical feature and the new series. Soon, fans will be able to bring the hair-raising escapade home as Disney releases the feature on DVD on April 11.

In the movie, everyone’s favorite “barefoot princess” is eager to make up for all the lost years spent stuck in a tower. With the help of her true love, Eugene, pals Pascal the chameleon and Maximus the horse, and a daring new friend named Cassandra, Rapunzel postpones her wedding and royal duties to boldly explore life beyond Corona’s walls. 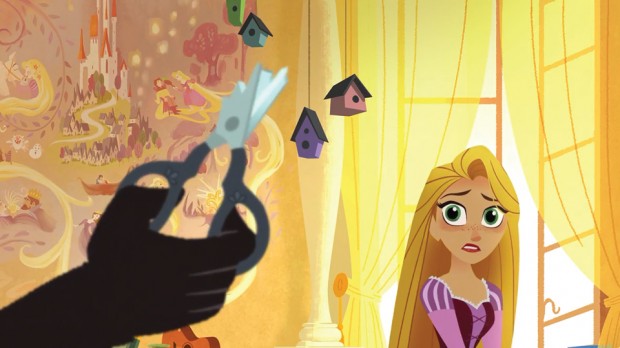