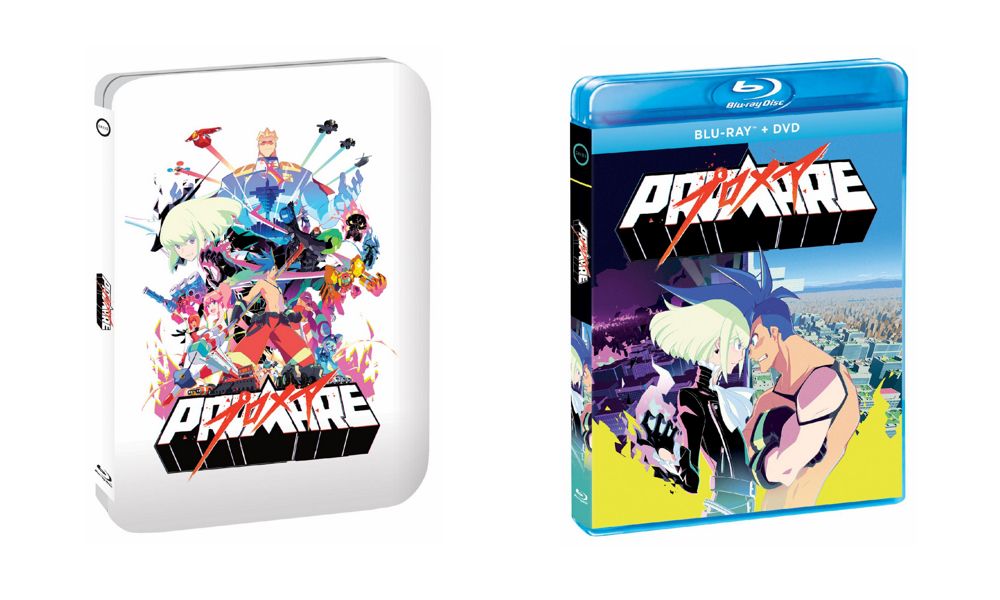 The top-grossing original anime feature of 2019, Promare makes its way to home entertainment this spring following a phenomenally successful North American theatrical run. The hyperkinetic, candy-colored visual masterpiece will be released on digital download and On Demand on May 5 and on Blu-ray + DVD combo pack or standalone DVD on May 19 from GKIDS and Shout! Factory.

Bonus features include an interview with director Hiroyuki Imaishi, a round table with Studio TRIGGER, and Side: Galo and Side: Lio short films with new English dubs featuring the original dub cast.

Fans who pre-order the Blu-ray + DVD combo pack from ShoutFactory.com will receive an exclusive, limited-edition 18” x 24” lithograph, while supplies last. There will also be a SteelBook edition of the Blu-ray available exclusively at Best Buy, to be released on May 19.

The first feature-length film from the acclaimed studio behind KILL la KILL, Little Witch Academia and the upcoming B.N.A., and director Hiroyuki Imaishi (Gurren Lagann), Promare is a blistering action-adventure that will set your soul on fire.

Synopsis: Thirty years has passed since the appearance of the Burnish, a race of flame-wielding mutant beings who destroyed half of the world with fire. When a new group of aggressive mutants calling themselves Mad Burnish appears, the epic battle between Galo Thymos, a new member of the anti-Burnish rescue team Burning Rescue, and Lio Fotia, the leader of Mad Burnish, begins.