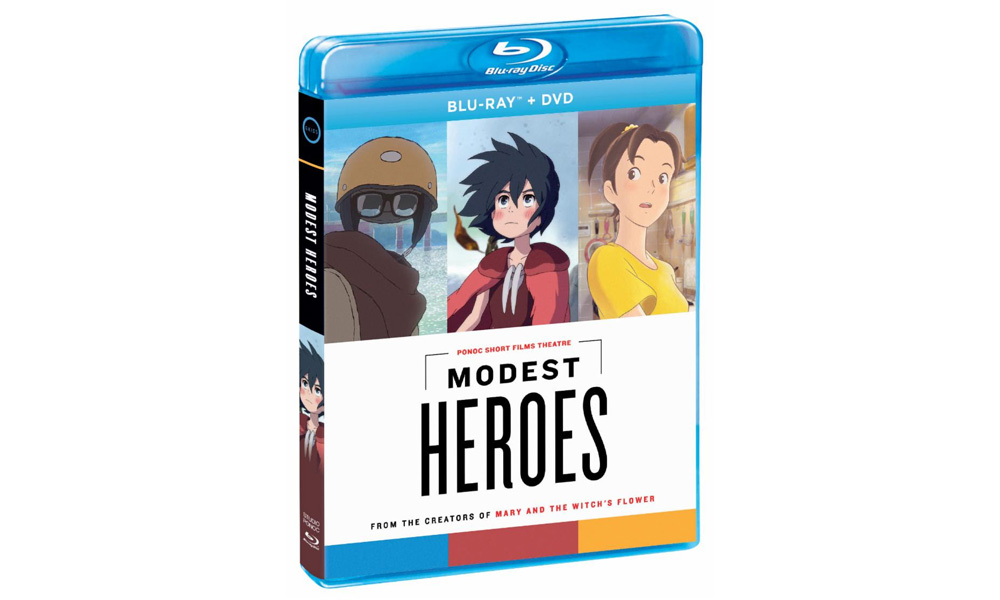 GKIDS and Shout! Factory are bringing Studio Ponoc’s warmly received shorts trilogy Modest Heroes to home audiences on Blu-ray + DVD and digital download on June 18. The release, featuring both Japanese and English audio tracks as well as bonus features, is available for pre-order at shoutfactory.com.

From the studio behind Mary and the Witch’s Flower founded by two-time Oscar nominated producer Yoshiaki NIshimura (The Tale of the Princess Kaguya, When Marnie Was There), this collection of stories explores the idea of heroism in three unique ways.

Kanini & Kanino is directed by Academy Award nominee Hiromasa Yonebayashi (When Marnie Was There, Mary and The Witch’s Flower). Life Ain’t Gonna Lose, featuring the voice of Maggie Q (Nikita, Designated Survivor), is helmed by Yoshiyuki Momose, who was a key animator on Isao Takahata’s films at Studio Ghibli. And Invisible director Akihiko Yamashita was a key animator on many of Hayao Miyazaki’s best-known films. Each is produced by Nishimura.