Studio 100 Media is expanding its home entertainment business in German-speaking territories with third-party content being added to its library. Announced Wednesday, the company has picked up regional DVD and VOD rights to two new animated series from France’s Cyber Group Studios: Mirrete Investigates and Gilbert & Allie.`

Mirette Investigates (52 x 11) follows Mirette, a 10-year-old girl with a passion for solving mysteries, and her “catssistant” Jean-Pat, a lazy but extremely efficient ginger tom. Together the inquisitive and comedic duo visit the greatest cities in the world, from London to Paris, New York to Cairo.

Gilbert & Allie (52 x 11) is a 3D CGI supernatural comedy for kids 6-11 about the sparks (and spells) that fly when an average teen girl discovers she has extraordinary powers. Unfortunately, she can only harness them with the help of an ancient and extremely grumpy magical rabbit, which doesn’t help her ambition to be one of the popular kids. 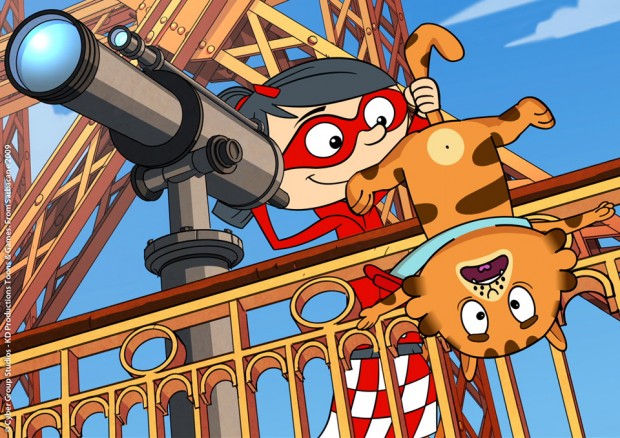