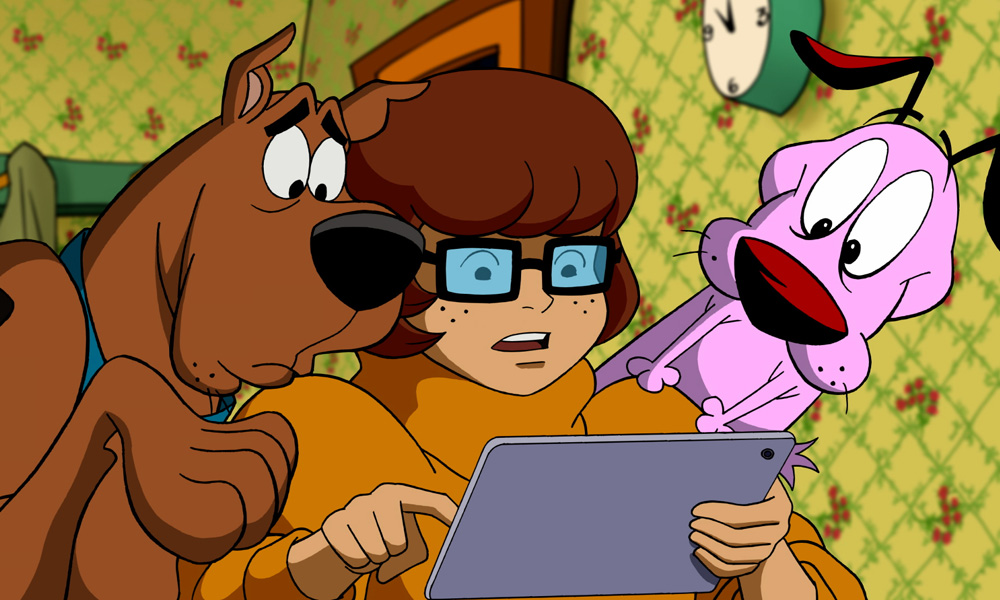 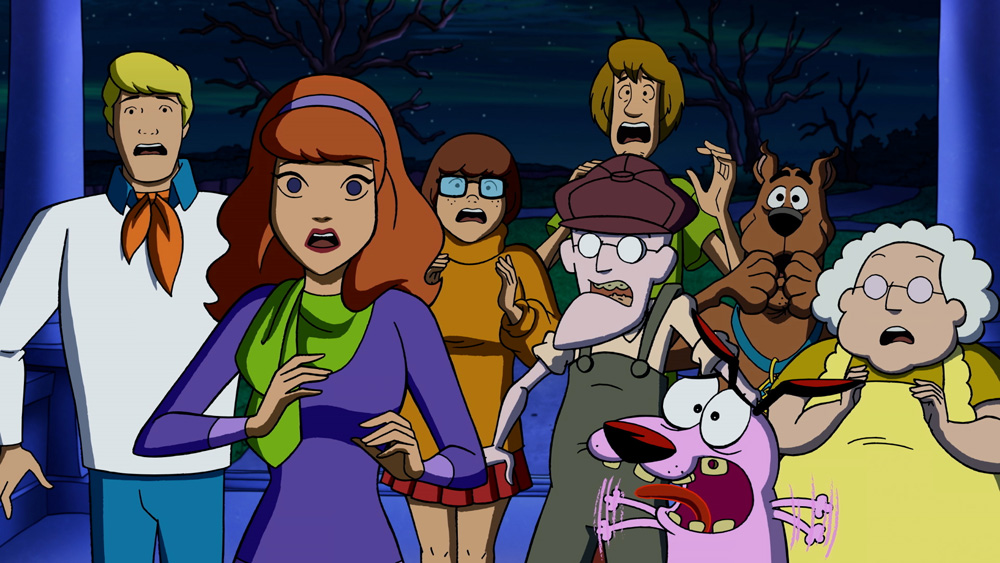 Synopsis: An original animated feature so exciting it’s scratching at the door! Comedy is unleashed when Scooby-Doo, your favorite mystery-solving mutt, teams up for the first time with Courage the Cowardly Dog. The canine colleagues sniff out a strange object in the middle of Nowhere, Kansas, the backwoods hometown of Courage and his owners, Eustace and Muriel Bagge. Soon, the mysterious discovery puts them on the trail of a giant cicada monster and her wacky winged warriors. Fred, Velma, Daphne and Shaggy know that this job is too big for a flyswatter. They’ll need the help of the doggy duo to piece together the puzzle. Can Scooby and Courage overcome their jitters and defeat the insect army before the whole world bugs out? Try not to get scared. We double-dog dare you!

The movie was executive produced by Sam Register, produced and directed by Cecilia Aranovich and was written by Mike Ryan.

The release includes bonus episodes from Scooby-Doo, Where Are You! (“Decoy for a Dognapper”) and The Scooby-Doo/Dynomutt Hour (“The Gruesome Game of the Gator Ghoul,” “Chiller Diller Movie Thriller”). 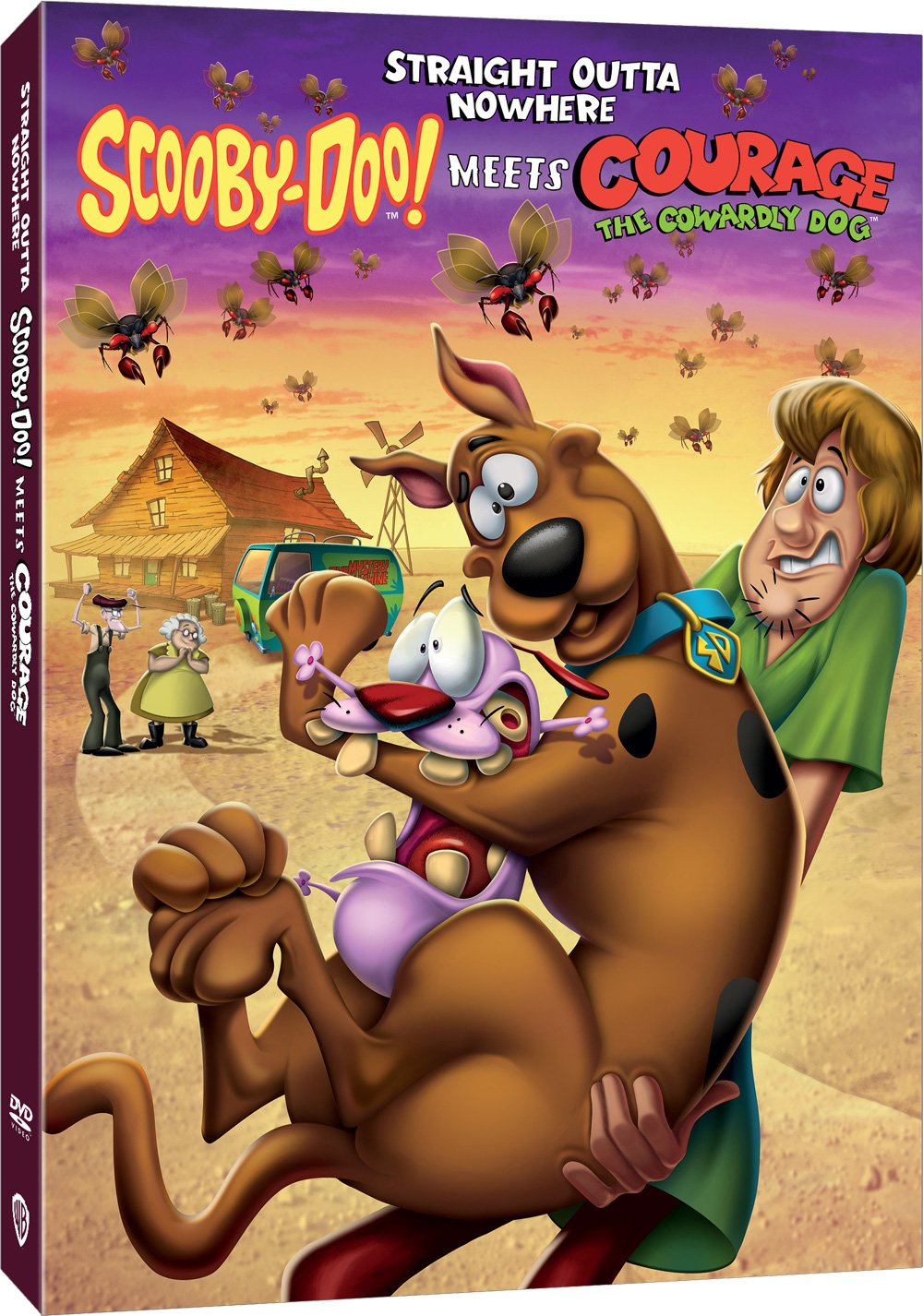