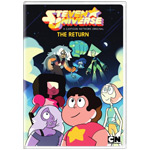 As Cartoon Network presents broadcast premieres of all-new Steven Universe episodes, fans can catch up on some of the young hero’s most gem-tacular adventures from seasons one and two as Steven Universe: The Return arrives on DVD on June 7, 2016. The release features 12 episodes hand-picked by series creator — and Emmy and Annie Award-nominated writer and storyboard artist — Rebecca Sugar.

Steven Universe has been lauded by fans and critics for its deeply realized characters and expansive storytelling. The colorful 2D series tells the story of three magical defenders of the universe, the Crystal Gems, and their proverbial “little brother,” Steven. The show was named one of WIRED’s 15 Best Shows of 2015 and features a stellar voice cast, including Grammy winning artist Estelle and BTVA Award winner Zach Callison. Last year, Steven Universe ranked No. 1 in its timeslot for Kids 6-11, Kids 9-14, Boys 6-11 and Boys 9-14.

The Return will arrives on disc as season three airs on Cartoon Network (with new episodes premiering through summer), with Steven Universe recently renewed for a fifth season. The DVD carries an SRP of $14.97 and contains a dozen 11-minute episodes: “Mirror Gem,” “Ocean Gem,” “Space Race,” “Lion 3: Straight to Video,” “Warp Tour,” “Alone Together,” “On the Run,” “Marble Madness,” “Rose’s Scabbard,” “The Message,” “The Return” and “Jailbreak.” 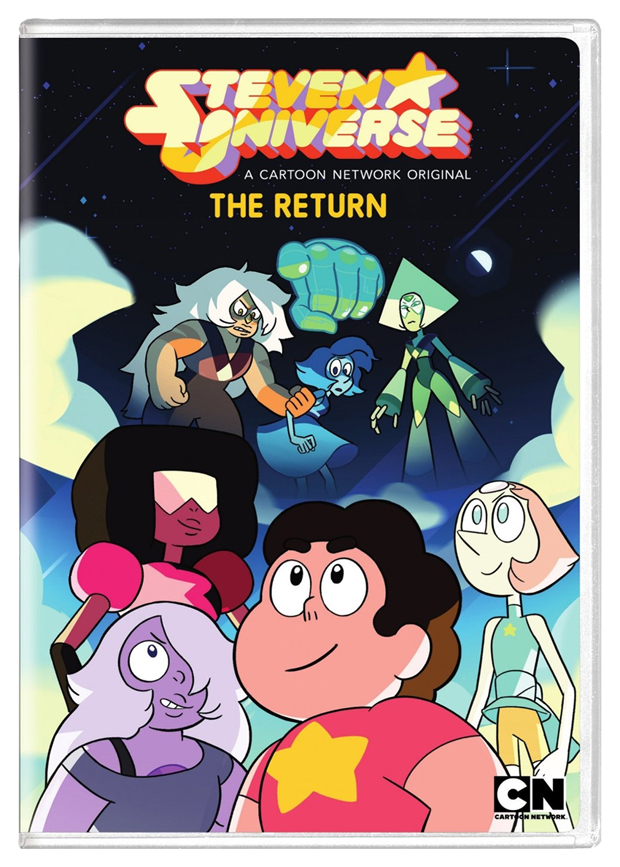