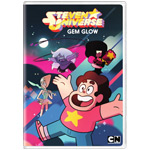 It’s kind of a slow week on the ol’ home entertainment release calendar — unless you have been awaiting the fourth Scorpion King outing with bated breath. But there is a bright little diamond against the ho-hum rough as Cartoon Network busts out the first on-disc volume of Rebecca Sugar’s acclaimed comedy/adventure Steven Universe. The single disc “Gem Glow” DVD (SRP $14.97) will inspire you to Believe in Steven as you follow the unlikely hero on his incredible adventures with the Crystal Gems. Also included is the show’s pilot episode.

DuckTales: The Movie – Treasure of the Lost Lamp DVD [Disney, $15.99]
Lots of retro Disney TV stuff out this week — include this feature length adventure that follows the wiley Scrooge McDuck and his young nephews on the trail of a legendary thief.

One Piece: Collection 11 DVD [FUNimation, $34.98]
Four-disc set includes a smattering of episode commentary and behind-the-scenes featurettes with English dub cast. The usual One Piece sea-faring mayhem applies with the CP9 goons, a warrior from the Island of Snipers, a foreboding fortress and a samurai frog among the Straw Hat Pirates’ encounters.

TaleSpin Volume 3 DVD [Disney, $15.99]
The final slate of episodes finally comes to disc, so it’s time to finish your collection with this three-disc set. And then you can start again when the Blu-rays start rolling out.

The Tom and Jerry Show: Funny Side Up DVD [WB, $19.97]
The sleek reinvention of the classic cat and mouse duo comes home with 13 two-parter episodes on two discs. Capers, mysteries and improbable pandemonium abound. 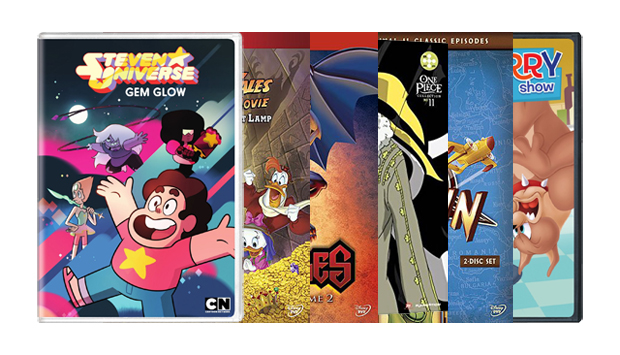 Steven Universe Is the Jewel of Week’s DVDs