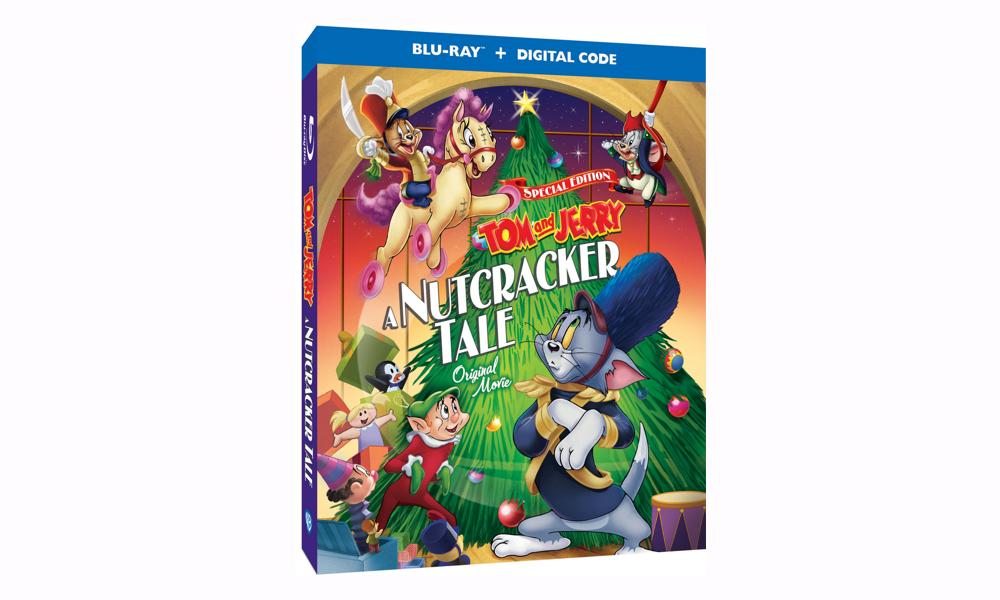 Just when you think Warner Bros.’ famous cat and mouse duo have done it all, they pop up in magical world of holiday favorite The Nutcracker! Warner Bros. Home Ent. will release a new special edition Blu-ray and DVD of Tom and Jerry: A Nutcracker Tale Special Edition on Oct. 27. In this special festive adventure, the duo is enjoying a dazzling winter wonderland which has been brought to life through holiday magic and Tchaikovsky’s beautiful music. The feature, which was directed by Spike Brandt (Duck Dodgers) and Tony Cervone (Space Jam, Scoob!), was first released in 2007. The package also includes the 1941 short Tom and Jerry The Night Before Christmas and the 2014 direct-to-DVD special Tom and Jerry: Santa’s Little Helpers.

Tom and Jerry:  A Nutcracker Tale Special Edition tells the story of Jerry Mouse, who is a devoted fan of The Nutcracker and is magically transported into his own version of the classical ballet one Christmas Eve. The film is inspired by classic Tom and Jerry cartoon shorts that were originally created by William Hanna and Joseph Barbera. It is a heartwarming, and hilarious take on the world-famous holiday ballet about a little girl who goes to the Land of Sweets on Christmas Eve with her favorite gift, a toy nutcracker, which ultimately transforms into a handsome prince.