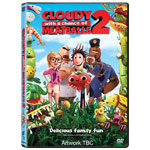 Sony has unveiled plans for the home entertainment debut of its popular hit Cloudy with a Chance of Meatballs 2. The movie, which has made over $100 million worldwide to date, will be available Jan. 28 on Blu-ray 3D Combo Pack, Blu-ray Combo Pack and DVD and will feature all kinds of delicious extras, including four new mini-movies!

Directed by Cody Cameron and Kris Pearn, and featuring the voice talents of Bill Hader, Anna Faris, Andy Samberg, James Caan, Benjamin Bratt, Neil Patrick Harris, Kristen Schaal, Will Forte and Terry Crews, the pic follows the madcap adventures of the original cast of characters from the first movie as they try to stop Flint’s invention from combining food and animals to create foodimals such as Tacodiles, Shrimpanzees, Hippopotamuses and Cheespiders.

The bonus items include four mini-movies directed by animation veteran David Feiss: “Attack of the 50-Foot Gummi Bear,” finds Steve chasing a mischievous gummi that misused one of Flint’s inventions to grow into a 50-foot beast. In the second never-before-seen mini-movie, “Steve’s First Bath,” Flint must quickly alter his plans for a romantic date with Sam after his monkey-cleaning invention goes awry. Both Combo Packs come with two additional, previously released mini-movies, “Super Manny” and “Earl Scouts,” along with strawberry-scented scratch ‘n sniff packaging.

The Combo Packs and DVD include filmmaker commentary, deleted scenes and seven behind-the-scenes featurettes, including candid interviews with the animators and voice talent, and a look at the stunning end credits and all-new, making-of-the-music video from fan-favorite Cody Simpson.

Here is the film’s trailer to whet your appetite again! 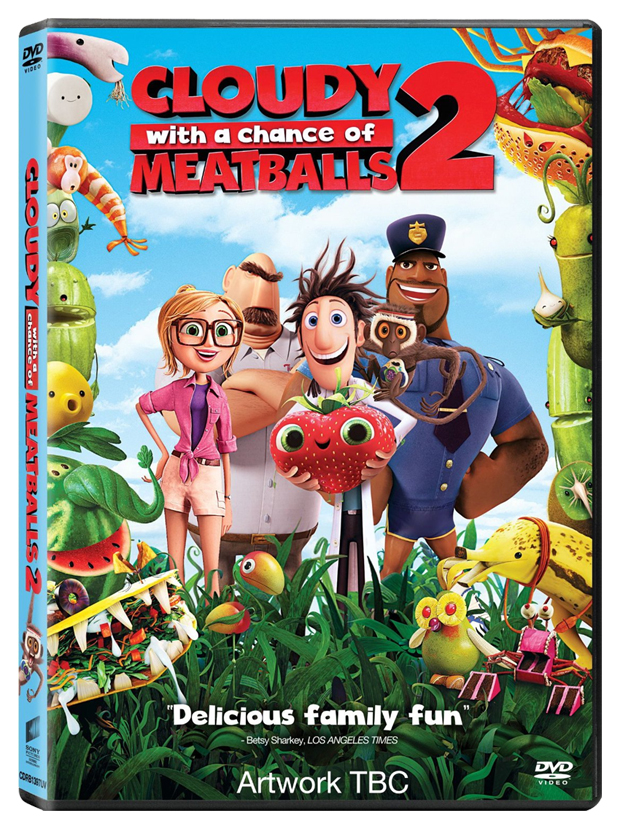