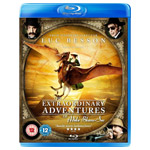 Shout Factory will release Luc Besson’s fantasy adventure The Extraordinary Adventures of Adele Blanc-Sec on DVD and a special two-disc Blu-ray combo pack on August 13. The EuropaCorp feature is based on the  popular series by Eisner Award winner Jacques Tardi’s and stars Louise Bourgoin (The Girl From Monaco), Mathieu Amalric (Quantum of Solace, The Diving Bell and the Butterfly), Gilles Lellouche, Jean-Paul Rouve, Jacky Nercessian and Laure de Clermont-Tonnerre.

Brimming with heart-pounding action, breathtaking cinematography and visceral special effects, this acclaimed feature illustrates the magical power of movie-making, and delivers wildly entertaining cinematic adventure filled with humor, incredible action, mystery and lush Parisian period details! Both Blu-ray combo pack and DVD editions offer English and French audio tracks, English subtitles. Insightful bonus features take viewers behind- the-scenes as director Luc Besson and the cast share their passion in bringing this timeless tale to the screen. The Blu-ray combo pack will be available for $24.97 and the DVD will be priced at $14.97. The Director’s Cut Edition Two-Disc Blu-ray+DVD Combo Pack will arrive in stores in the fall.

Directed and produced by Besson (The Fifth Elment, Transporter, Arthur and the Invisibles), the pic is set in 1912-era Paris, and follows the fantastic adventures of intrepid young reporter Adèle Blanc-Sec and her quest for the power of life over death. She will go to any lengths to achieve her aims, including sailing to Egypt to tackle mummies of all shapes and sizes and saving her city from a mysterious 136 million-year old pterodactyl from the natural history museum.

Here’s the trailer for the 2012 film, which never received an official U.S. theatrical release. 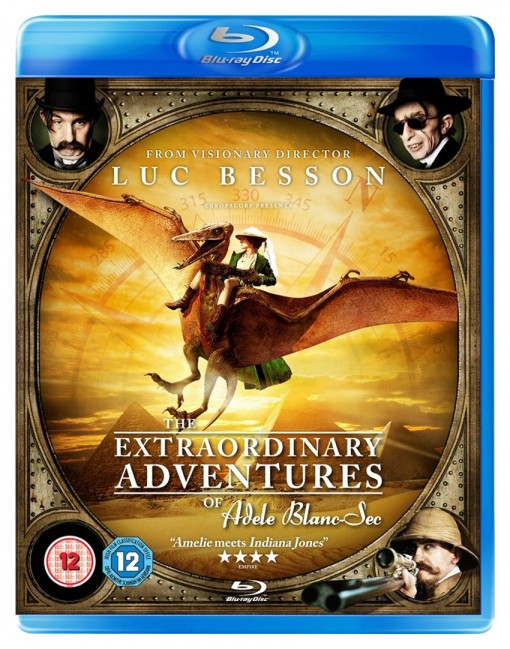 The Extraordinary Adventures of Adele Blanc-Sec