The multi-year pact grants Shout! exclusive territory rights for broadcast and home entertainment distribution of the first three feature-length movies (with an English voice cast) from the series — including DVD and Blu-ray, which will also include the original Japanese audio with English subtitles, and electronic sell-through digital rights.

Shout! Is planning a strategic rollout for the flicks, beginning with the first installment Digimon Adventure tri – Reunion, which will hit shelves this year.

“Shout! Factory is an exceptional partner as we prepare to share the exciting new chapter of the Digimon saga with our fans across North America,” said Endo. “Digimon Adventure tri – Reunion not only reunites Digimon‘s talented cast and beloved characters, it reconnects the series with a generation of viewers, and perhaps even their children, who can’t wait to follow the adventure into a new era.”

Reunion is the first Digimon feature since 2000, and picks up where the Digimon Adventure TV series (2002) left off. Six years after that summer when Tai — now in high school — and the rest of the “DigiDestined” crossed into the Digital World, and nearly three years since the frenzied final battle. With the gate to the Digital World closed, time marches on, until the adventure “digivolves” once again. 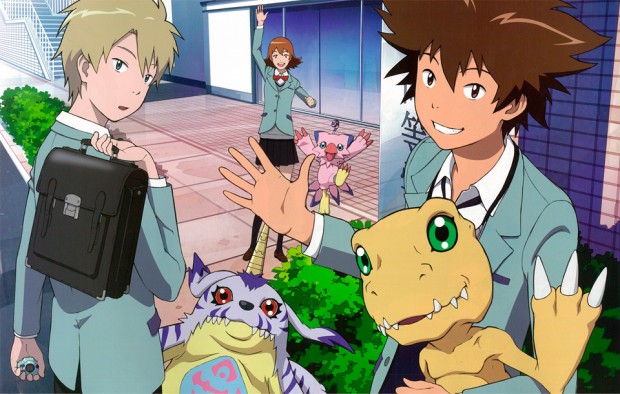