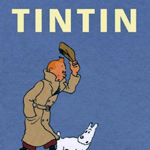 Timed to coincide with the release of Steven Spielberg’s upcoming motion-capture feature, Shout! Factory and Nelvana will release the animated series The Adventures of Tintin on DVD.  Under its multi-year pact, Shout! Factory will be the exclusive home entertainment distributor for DVD to 39 episodes of the toon, which was produced by Ellipsanime and Nelvana and aired in 1991 and 1992 in over 50 countries around the world.

The traditionally animated The Adventures of Tintin is one of the most faithful adaptations of the graphic novels by cartoonist Herge (aka Georges Remi), which were first introduced to the reading public in the 1920s.

“The Adventures of Tintin is one of the most endearing animated series of all time and has been embraced by thousands of fans worldwide,” noted Shout! Factory founding partners Richard Foos, Bob Emmer and Garson Foos. “We’re excited with the alliance and the premiere opportunity to bring this television property to multiple generations of fans.”

”Nelvana is pleased to partner with Shout! Factory to bring Tintin’s classic tales of worldwide adventure and intrigue back into the homes and hearts of American families, especially given the excitement surrounding the soon-to-be released 3D feature film” said Colin Bohm, Nelvana’s managing director.

The Adventures of Tintin centers on the adventures of globetrotting young reporter Tintin and his faithful dog Snowy, along with Captain Haddock, the muddled genius Professor Calculus and the bumbling detectives the Thompson Twins as they solve mysteries and fight enigmatic villains around the world. Throughout the years, Tintin and a unique cast of characters have evolved into memorable animated TV series (1990s), a BBC radio series (1992), stage plays, as well as the upcoming 3D feature film The Adventures of Tintin: The Secret of the Unicorn, which features the voices of Daniel Craig, Jamie Bell, Andy Serkis, Simon Peg and Nick Frost.

Here’s a clip of the popular toon: