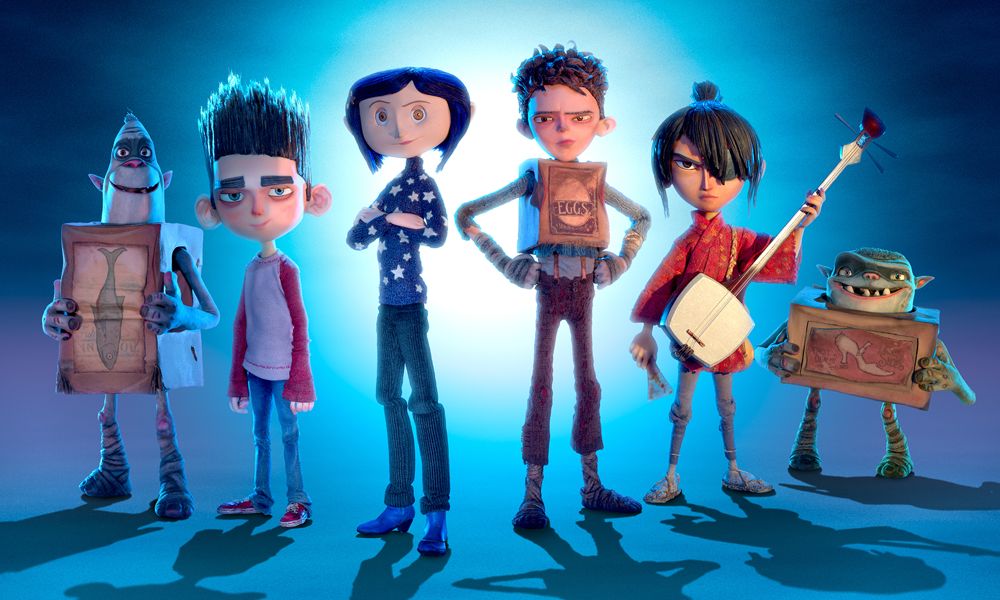 Additional announcements and activities tied to the partnership will emerge in the forthcoming months.

“We’ve been huge fans of LAIKA, Travis Knight and his extraordinary team. Their legendary ingenuity, independent spirit and compelling storytelling have inspired us and continue to entertain audiences worldwide,” said Boag. “We’re incredibly excited about this new opportunity with LAIKA and look forward to presenting these beloved films with enlightening extras and lavish packaging to fans and collectors everywhere.”

“We’re delighted to launch our partnership with Shout! Factory,” said Burke. “Their ability to maximize value for legacy titles by bringing films to entirely new audiences well after their theatrical release cycle is unparalleled in the industry. We look forward to a long and impactful relationship with these industry leaders.”

Kubo and the Two Strings (2016) is an epic action-adventure set in a fantastical Japan. The film follows clever, kindhearted Kubo as he ekes out a humble living, telling stories to the people of his seaside town. But his relatively quiet existence is shattered when he accidentally summons a spirit from his past which storms down from the heavens to enforce an age-old vendetta. Now on the run, Kubo joins forces with Monkey and Beetle and sets out on a thrilling quest to save his family and solve the mystery of his fallen father, the greatest samurai warrior the world has ever known. With the help of his shamisen — a magical musical instrument — Kubo must battle gods and monsters, including the vengeful Moon King and the evil twin Sisters to unlock the secret of his legacy, reunite his family and fulfill his heroic destiny.

The Boxtrolls (2014) is a comedic fable which unfolds in Cheesebridge, a posh Victorian-era town obsessed with wealth, class, and the stinkiest of fine cheeses. Beneath its charming cobblestone streets dwell the Boxtrolls, foul monsters who crawl out of the sewers at night and steal what the townspeople hold most dear: their children and their cheeses. At least, that’s the legend residents have always believed. In truth, the Boxtrolls are an underground cavern-dwelling community of quirky and lovable oddballs who wear recycled cardboard boxes the way turtles wear their shells. The Boxtrolls have raised an orphaned human boy, Eggs, since infancy as one of their dumpster-diving and mechanical junk-collecting own. When the Boxtrolls are targeted by villainous pest exterminator Archibald Snatcher, who is bent on eradicating them as his ticket to Cheesebridge society, the kindhearted band of tinkerers must turn to their adopted charge and adventurous rich girl Winnie to bridge two worlds amidst the winds of change – and cheese.

In the comedy thriller ParaNorman (2012), a small town comes under siege by zombies. Who can it call? Only misunderstood local boy Norman, who is able to speak with the dead. In addition to the zombies, he’ll have to take on ghosts, witches and, worst of all, grown-ups, to save his town from a centuries-old curse. But this young ghoul-whisperer bravely summons up all that makes a hero – courage and compassion – as he finds his paranormal activities pushed to their otherworldly limits.

Coraline (2009) combines the visionary imaginations of two premier fantasists, director Henry Selick (The Nightmare Before Christmas) and author Neil Gaiman (Sandman) in a wondrous and thrilling, fun and suspenseful adventure — the first stop-motion film ever to be conceived and photographed in stereoscopic 3-D, unlike anything moviegoers had ever experienced before. In Coraline, a young girl walks through a secret door in her new home and discovers an alternate version of her life. On the surface, this parallel reality is eerily similar to her real life – only much better. But when this wondrously off-kilter, fantastical adventure turns dangerous and her counterfeit parents try to keep her forever, Coraline must count on her resourcefulness, determination and bravery to get back home and save her family.