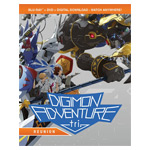 All the digital monster battlin’ your heart desires is coming to home entertainment shelves soon as Shout! Factory in collaboration with Toei Animation present Digimon Adventure Tri. – Reunion on DVD and Blu-ray Combo Pack across the US and Canada on May 16. Toei’s first Digimon feature release since 2000, the movie reunites the characters and original cast from the ’90s hit series, picking up the action from the show’s end in 2002.

Both release versions include both a new English dub and original Japanese audio with English subtitles, as well as bonus interviews with the director and English cast members and an inside look at the Los Angeles movie premiere. The DVD carries an MSRP of $14.97, while the Blu-ray + DVD + Digital is priced at $24.97.

Digimon Adventure Tri. – Reunion takes place six years after that fateful summer when Tai (now in high school) and the rest of the “DigiDestined” crossed into the Digital World, and nearly three years since the frenzied final battles between its warring factions. Time passes uneventfully with the gate to the Digital World closed, until the adventure “digi-volves” once again…

Per its recently announced agreement with Toei, Shout! Will continue to roll out new movie installments from the film series this year. 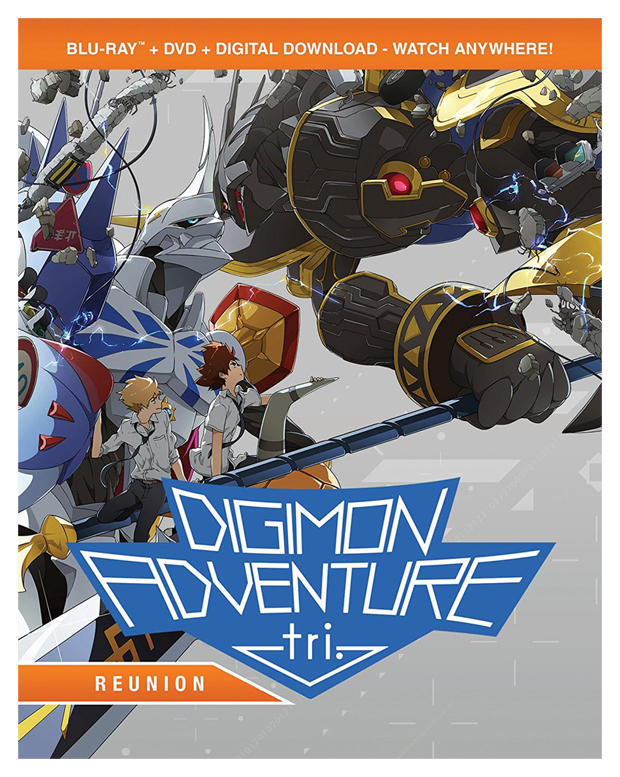