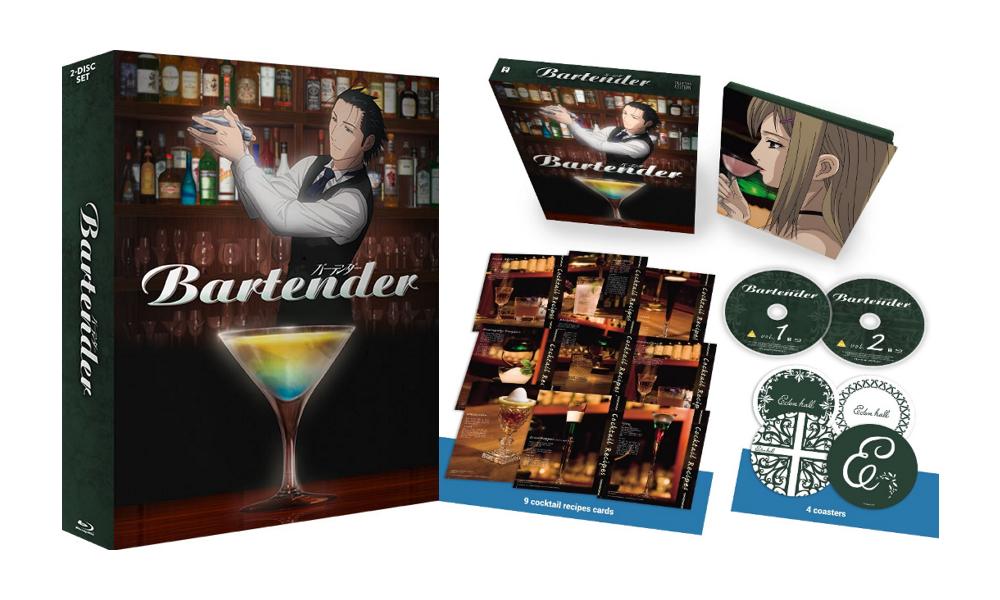 Every drink has a story, and every story has a drink to accompany it… Hidden in the Ginza district’s back alleys in Tokyo, we find Eden Hall, an intimate bar run by Ryuu Sasakura, the bartender prodigy known to mix the most incredible cocktails anyone has ever tasted. However, not anyone can find Eden Hall, but it must find you!

Anime series Bartender, based on the best-selling Japanese manga of the same name by Araki Joh and illustrated by Kenji Nagatomo, is a charming and heartfelt anthology series that brims with captivating slice-of-life narratives and scrumptious-looking anime. Since its initial debut in 2006, Bartender developed a worldwide cult following. This acclaimed series was directed by Masaki Watanabe (Battle Spirits, Bakumatsu, KADO – The Right Answer), written by Yasuhiro Imagawa (Giant Robo the Animation) and produced by Palm Studios.

Now available for pre-order at ShoutFactory.com!

Synopsis: Situated in the Ginza district of Tokyo is the Eden Hall, a quiet bar that few people manage to come across. It is run by the legendary bartender Ryu Sasakura, a genius at mixing the right drink for the right customer. Throughout his period at Eden Hall, customers from all walks of life, carrying all sorts of burdens, arrive for a godly glass at the Hall and a kind word with Ryu, both of which assist in clearing their problems up and reviving them for another go at life.