The multi-year agreement grants Shout! exclusive home entertainment distribution rights (DVD and Blu-ray) in the US and Canada to all 26 episodes of the series. A strategic rollout is planned for 2017 through kids & family imprint, Shout! Factory Kids.

“The US market is a huge territory for us and one where Kuu Kuu Harajuku is proving to be widely popular with its audience on Nickelodeon, so it was crucial for us to appoint a strong home entertainment company in the region,” said Shoeman. “Shout! Factory understands the market, and importantly for us, the kids’ sector, and we feel they are the ideal company to take this highly original series beyond broadcast into DVD.”

Kuu Kuu Harajuku follows the fun-loving bandmates of HJ5 — Love, Angel, Music, Baby and G — as they encounter magical adventures in a super cute world full of music, fashion and style. The concept was born out of Stefani’s desire to create an animated series for girls that encourages creative self-expression, imagination and individuality, and is inspired by the street fashion and creative youth culture of Tokyo’s Harajuku district.

Airing on Nickelodeon in the US and Family Channel in Canada, the series is co-created and produced by Moody Street Kids (Australia), Vision Animation (Malaysia) and Gwen Stefani; and commissioned by Network Ten with investment funding from Film Victoria (Australia) and MyCreative Ventures (Malaysia). DHX Media handles international distribution. 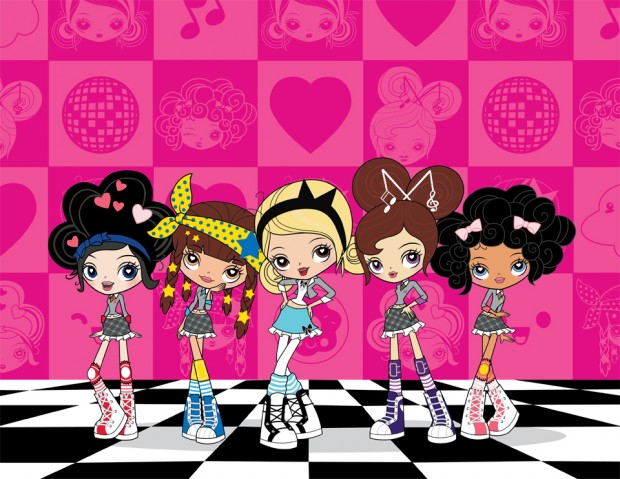