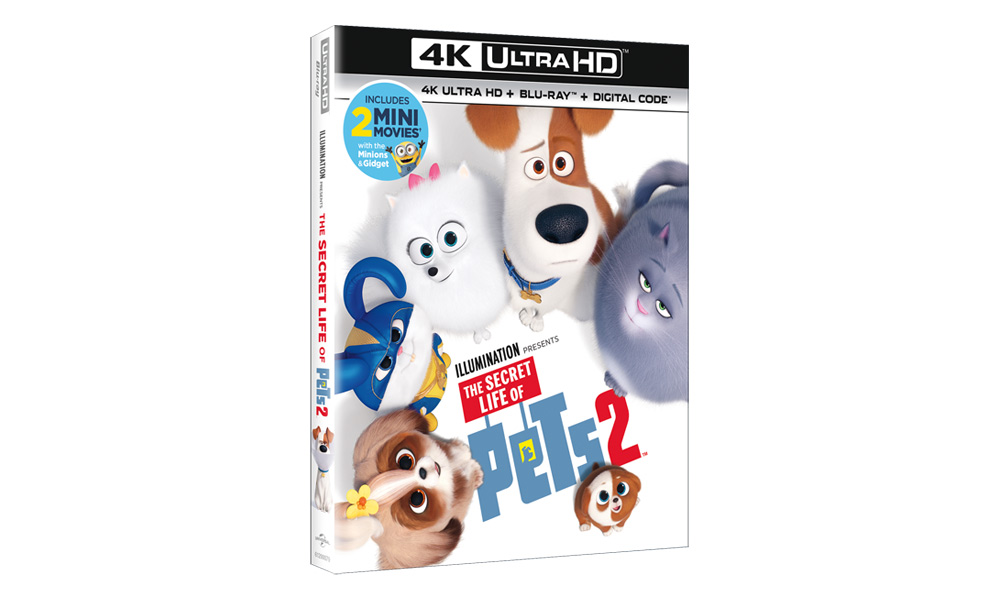 Heartwarming, gut-busting animated family blockbuster The Secret Life of Pets 2 is ready to be adopted on disc and digital this summer, through Universal Pictures Home Entertainment. Illumination Entertainment’s warm and fuzzy sequel arrives on Digital August 13, and on 4K Ultra HD, Blu-ray, DVD and On Demand on August 27. DVD and Digital versions are packed with well over an hour of bonus content, including two brand-new mini-movies. Meanwhile, 4K and Blu-ray versions include an exclusive Captain Snowball Motion Comic.

In The Secret Life of Pets 2, terrier Max (Patton Oswalt) is coping with major life changes after Katie’s marriage and the arrival of a toddler, Liam. Meanwhile, Gidget (Jenny Slate) tries to rescue Max’s favorite toy from a cat-packed apartment with a little help from her feline friend, Chloe (Lake Bell), who has discovered the joys of catnip. And Snowball (Kevin Hart) believes, despite the other pets’ teasing, that he’s a superhero after his owner starts dressing him in superhero pajamas. But when Daisy (Tiffany Haddish), a fearless Shih Tzu, shows up to ask for Snowball’s help on a dangerous mission, he’ll have to summon the courage to become the hero he’s been pretending to be.