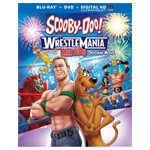 Scooby-Doo and his loyal mystery-solving pals are getting into WrestleMania! That’s right the popular Hanna-Barbera characters are joining forces with WWE in a new animated Warner Bros. Home Entertainment movie, titled Scooby-Doo! WrestleMania Mystery. The toon, which will hit the market on March 25, 2014 (Blu-ray Combo: $29.98, DVD: $19.98, Digital HD: $19.99) finds Scooby, Shaggy and the rest of the gang saving the coveted WWE championship belt during a trip to WWE City.

Here is the official synopsis: When Shaggy and Scooby win tickets to WrestleMania, they convince the entire Mystery Inc. gang to travel to WWE City in the Mystery Machine to enjoy the show. But the trip quickly turns into another mystery as WWE City is full of secrets! A mysterious ghostly bear appears and threatens to ruin the show and steal the championship title belt. With the help of WWE Superstars John Cena, Triple H, Sin Cara, Brodus Clay, AJ Lee, The Miz, Santino Marella and Kane, Scooby-Doo and The Mystery Inc. gang team up to solve the case before it is too late! 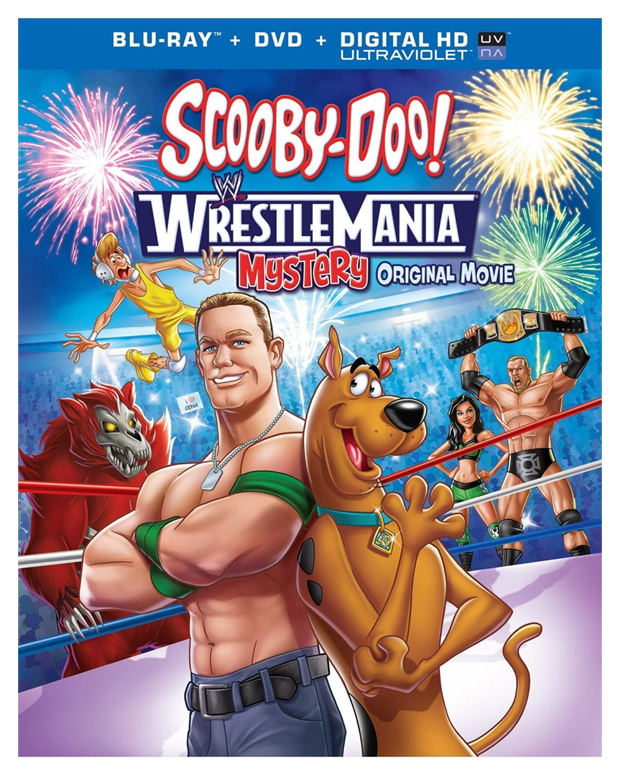