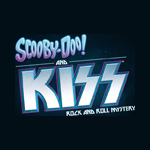 One of the most legendary rock bands of all time, KISS will take center stage as animated stars in the latest feature-length Scooby-Doo! release. Available July 21, 2015 from Warner Bros. Home Ent., Scooby-Doo! and KISS: Rock and Roll Mystery will see Starchild, Demon, Catman and Spaceman team up with everyone’s favorite teen sleuths (and dog) in an all-new direct-to-video adventure. The film will be available on DVD ($19.98 SRP), Blu-ray combo pack ($24.98) and early through EST for download on July 10.

In Rock and Roll Mystery, Scooby and the gang climb into the Mystery Machine to check out a special Halloween KISS concert at the band’s very own amusement park, KISS World, when superfan Daphne convinces them they’ve been asked to help solve a mystery there. When the sold-out show comes close to cancellation because of the antics of a Crimson Witch, Scooby, Shaggy, Fred, Daphne and Velma find themselves caught up in an alternate dimension plot to destroy the Earth — with KISS along for the ride. 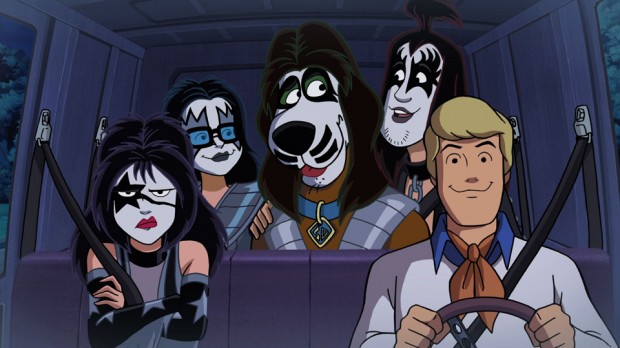