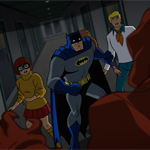 LA-are fans of mystery-solving dogs and masked heroes are in for a treat as Warner Bros. Home Entertainment hosts the World Premiere of Scooby-Doo! & Batman: The Brave and the Bold with a family-friendly event at the TCL Chinese Theater in Hollywood this Saturday, Jan. 6. The Warner Bros Animation and DC Entertainment production will be available on DVD and Digital on Jan. 9.

The premiere screening will kick off at noon, and will be followed by an interactive panel discussion, autograph signing with collectible posters, and other special surprises. Diedrich Bader, who reprises his role as the voice of Batman from The Brave and the Bold TV series for this movie, headlines the talent slated to attend the event. Bader is currently starring on the ABC sitcom American Housewife.

In Scooby-Doo! & Batman: The Brave and the Bold, super sleuths Scooby-Doo, Shaggy, Fred, Daphne and Velma join forces with the world’s greatest detective, Batman, when they discover that villains from both of their respective rogues’ galleries have also combined efforts to terrorize the city. With Scooby snacks in tow, the crime-fighting teams encounter classic Batman foes (Joker, Catwoman, Riddler, Penguin, Scarecrow, Poison Ivy, Harley Quinn) and allies (The Question, Aquaman, Plastic Man, Martian Manhunter) along with a bevy of fiends from Scooby-Doo lore (Spooky Space Kook, Gentleman Ghost, Miner 49er, Ghost Clown). As always, you won’t know who the ultimate villain is until those “meddling kids” pull off the mask!

The toon detectives previously partnered up decades ago when Batman and Robin guest starred in a pair of Mystery Inc. movies in 1972: The Dynamic Scooby-Doo Affair and The Caped Crusader Caper.

A limited number of free tickets are available to fans. To request tickets, RSVP to BraveBoldScooby@gmail.com with your first and last name, a valid email address and number of tickets requested. 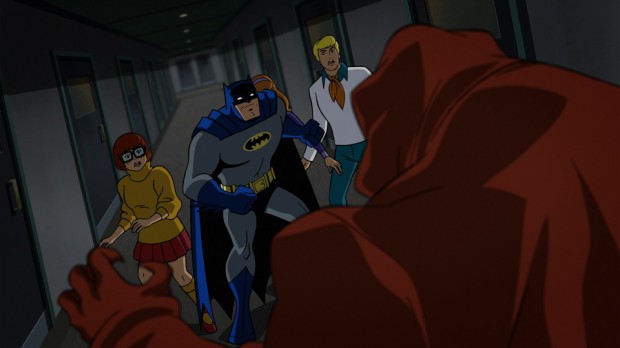 Scooby-Doo! & Batman: The Brave and the Bold