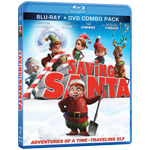 Anchor Bay Entertainment will be offering an animated holiday rush as the CG comedy adventure Saving Santa comes to DVD (SRP $21.98) and Blu-ray/DVD combo pack ($29.99) on November 1. The upbeat holiday tale is the latest from Prana Studios, the award-winning animation shop behind Disney’s Secret of the Wings, Tinker Bell and Planes.

Directed by veteran animator Leon Joosen and Aaron Seelman, the feature film stars an A list voice cast and kicks off at the North Pole, where low-ranking elf Bernard (Martin Freeman) dreams of one day joining Santa’s (Tim Conway) elite team of inventors–the elves who make Christmas magic possible. But when one of Bernard’s inventions accidentally reveals the secret location of Santa’s workshop to an eccentric billionaire (Tim Curry), Santa and Christmas itself are in jeopardy. It’s up to Bernard to travel through time (again and again) to get Santa home in time for the annual event. Ashley Tisdale and Joan Collins also star in the film, produced by U.K.’s Gateway Films.

In addition to the time-traveling holiday adventure, the Anchor Bay release includes bonus content like an animated musical for “Some Kind of Miracle” sung by Tisdale, behind-the-scenes voice recording sessions with the cast and a special “Why Saving Santa?” featurette. 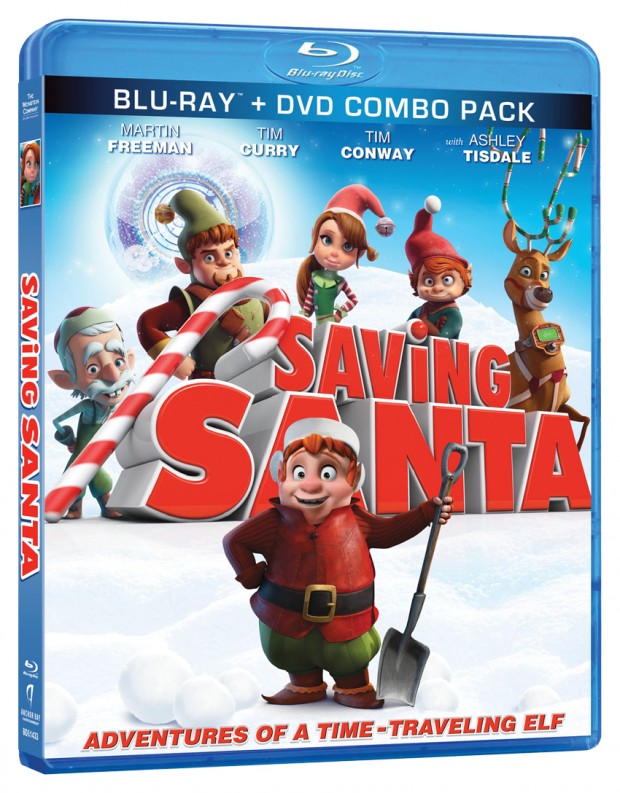