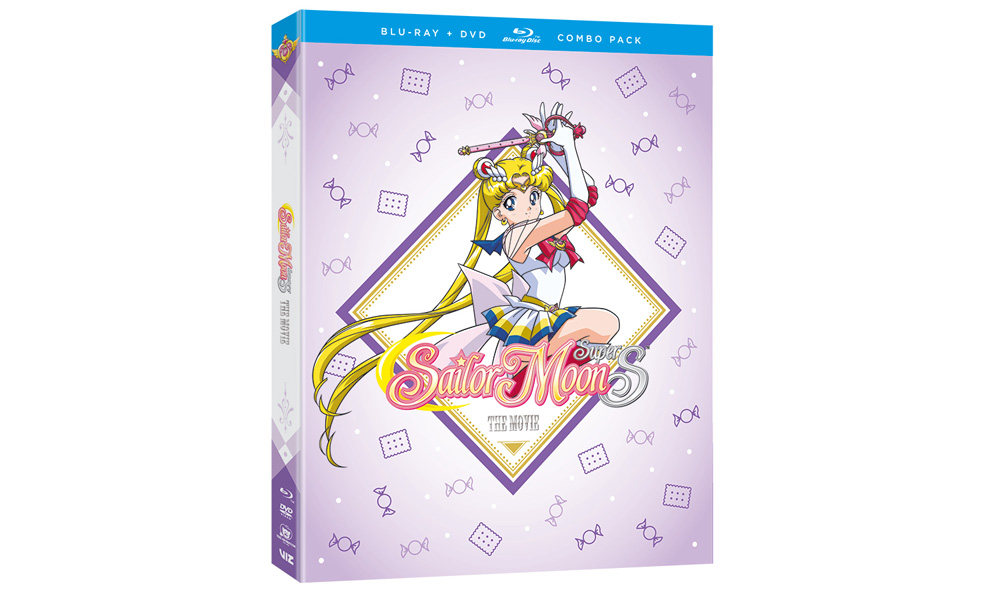 Synopsis: Around the world, children are disappearing – and the culprits are not of this world! The evil Queen Badiane plots to trap Earth in a dark energy field called the Black Dream Hole, powered by the sweet sugar energy produced from the dreams of children. Meanwhile, Chibi-Usa befriends Perle, a new kid who seems to have grown fond of the town’s warm and friendly atmosphere. Their peace is short-lived when the town’s children, including Chibi-Usa, start sleepwalking out of their homes! Sailor Moon, Perle and Sailor Guardians must now fight to save the lost children before the enemy can place the world into an eternal sleep that’s definitely not sweet!

“The Sailor Guardians face a dangerous threat in their third feature film adventure,” says Brian Ige, VIZ Media’s Vice President of Animation. “We are excited to give fans the opportunity to add this film to their home media collections with all the vivid clarity of HD.”

Bonus features for the Blu-ray/DVD Combo Pack include the “Ami’s First Love” featurette along with exclusive English voice cast interviews and English credits.

The film is presented in crisp 1080p HD resolution. Bonus features for the Standard

Edition DVD Set also include the featurette and English credits.