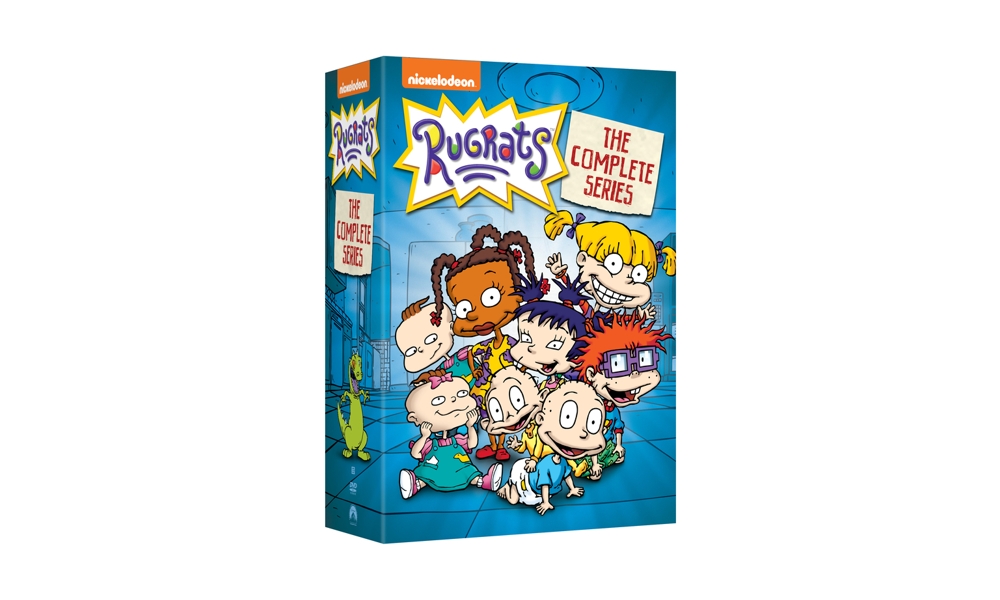 It’s time to celebrate 30 years of adventures, fun, and laughs with the Rugrats with Rugrats: The Complete Series, arriving on DVD May 18 from Paramount Home Entertainment and Nickelodeon Home Entertainment, with a suggested retail price of $55.99. For the first time, fans will be able to enjoy all nine seasons from the Emmy Award-winning show in one giant, 26-disc collection.

Over nine seasons which originally aired from 1991 to 2006, Rugrats follows the secret life of babies Tommy, Chuckie, Phil, Lil, Kimi, and Dil, plus toddlers Angelica and Susie, as they embark on misguided adventures (in reality and their vivid imaginations) right under the noses of their unsuspecting parents and grandparents. The series was created by was created by Arlene Klasky, Gabor Csupo and Paul Germain.

Featuring the voice talents of E. G. Daily (The Powerpuff Girls) as Tommy, Tara Strong (The Fairly Odd Parents) as Dil, Nancy Cartwright (The Simpsons) as Chuckie, Kath Soucie (Danny Phantom) as Phil and Lil, Cree Summer (Robot Chicken) as Susie, Cheryl Chase (All Grown Up!) as Angelica, and more, this collection is perfect for both “growed up” long-time fans and today’s generation of kids to enjoy.

The set collects over 67 hours of hilarious hijinks and crazy crawling adventures, including special episodes “Runaway Reptar” and “All Growed Up.”

Synopsis: This must be your ducky day! The whole world is a big adventure waitin’ to be ‘splored with all nine seasons of Rugrats, the classic Nickelodeon TV show, in a 26-disc complete series collection! Tommy, Chuckie, Angelica, Phil & Lil and Susie find themselves in a slew of adventures — both real and imaginary. Baldly go where no baby’s every gone before as the Rugrats turn the ordinary into the extraordinary every day!