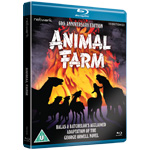 Sometimes, it really pays to be an animation fan on the other side of the pond.

Take this week’s release of Halas and Batchelor’s classic animated feature Animal Farm on Blu-ray, iTunes and DVD. Fully restored, this 1954 release is widely credited as the first animated entertainment feature to come out of Britain. Of course, it also adapts the classic political fable by George Orwell, typically ranked as one of the best, most influential and popular writers of the 20th century.

If you’ve experienced neither the film nor the book, the simple tale of an animal uprising against their drunken human owner that slides into dictatorship was widely read at the time as a scathing satire of the rise of Communism in the former Soviet Union. The book version was published in 1945 after years of rejection; Orwell, whose real name was Eric Blair, died of tuberculosis in 1950 and this animated version by the esteemed studio of Halas and Batchelor was released in late 1954.

The late John Halas and Joy Batchelor are icons in U.K. animation history, and helping to oversee their legacy is their daughter, Vivien Halas.

Speaking from London, Halas says the project began when her parents were making information and propaganda films for the British government during World War II. They went on to make films promoting The Marshall Plan — the victorious Allies’ plan to rebuild Europe after the war ended – and came into contact with Time-Life filmmaker Louis de Rochemont and Orwell’s widow, ending up with some government funding to turn Animal Farm into an animated feature.

“Louis de Rochemont, asked them if they thought they could make something out of it and just after the war, they were looking for work and they were absolutely thrilled,” says Halas. “They had always liked Orwell even though he wasn’t as well known as he is now. They admired his work. I believe he worked for the government the same time as my parents … I don’t know that they ever bumped into each other but they were in the same place at the same time.”

Halas says her parents also were eager to take on the project because they really believed that animation could do more than tell stories for children. “There was this climate of wanting to change things,” says Halas. “My parents really believed that animation was not just for kids but the best art form imaginable because it brought all the different disciplines together if you like, and they truly believed it should be more than just funny.”

The film first screened in New York in December 1954, with the first London screening following in January 1955. The film earned a lot of critical acclaim, Halas says, and it has been a quietly successful movie ever since.

“Any time you can get people to see it they usually love it,” says Halas. “It really is an evergreen, mainly because of the great story, the great fable that Orwell wrote.”

“This time, because everybody wants high definition and Blu-ray, we went back again to that very good interpositive that we had done from the original three-strip Technicolor and it’s all been re-graded,” says Halas. “The sound’s been cleaned up; it’s still mono. But it’s a really nice thing to watch now. There’s lot less glitches.”

And with this being the centenary of Batchelor’s birth, Halas says she is involved in a number of events celebrating in particular her contributions to their films. The Bradford Animation Festival will be doing a spotlight Halas will attend that includes screenings of Animal Farm as well as many of the shorts Halas and Batchelor made over the years.

While fans outside the U.K. will have to wait for a distributor to bring the restored version of this classic to their market, Animal Farm will be available Oct. 27 on Blu-ray, DVD and iTunes in the U.K. 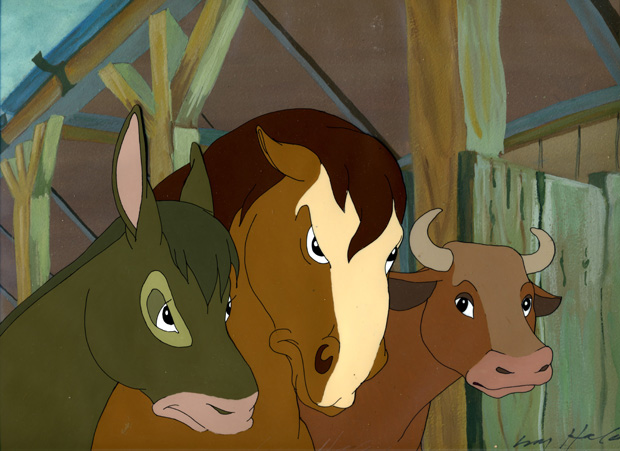 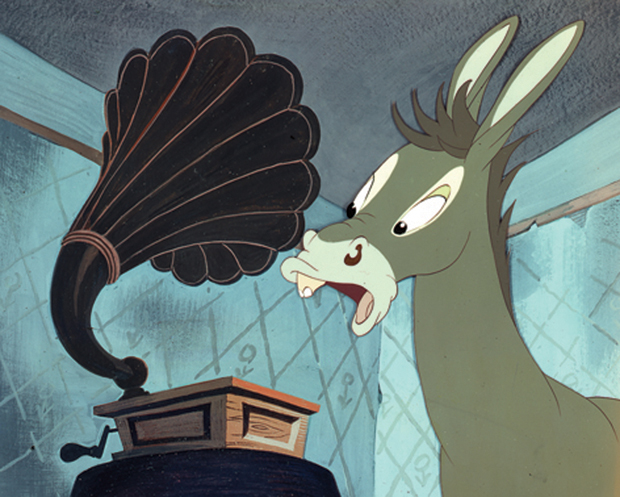 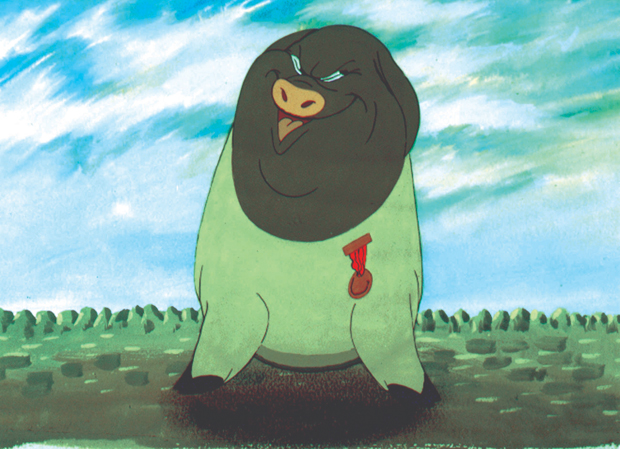 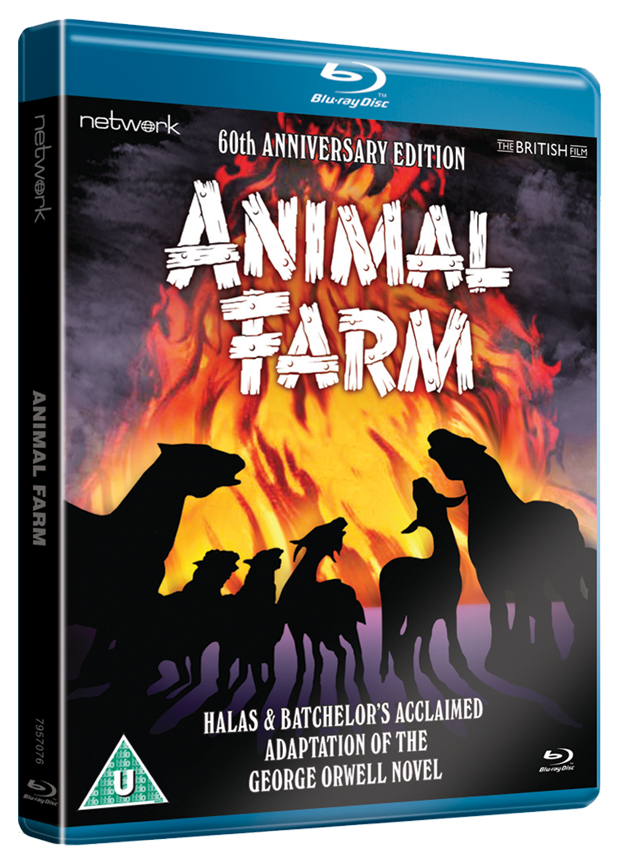